Welcome to the Mandrake Hotel & Resort Blog Tour, on this stop Jarof Kintz has written a guest post about the new way of publishing and of course to tell us about his latest book:

When people ask me if it’s hard to get published, I immediately know they are stuck in a paradigm that is, quite frankly, outdated and irrelevant.

I suppose that yes, it is very hard to get published—if they mean the traditional way of going through two gatekeepers (an agent and then a publishing house) before their book is read by the world.
But that is an ancient and antiquated concept, thanks to the Amazon Kindle program. Some stodgy people might think there is a stigma to self-publishing, and I think there is something to that.

However, there is something else clinging to the Kindle program—money. Specifically royalty payments whose profit percentages are so huge they make you feel like a king. Why would I want to make dimes on a book that sells for ten dollars, when I could earn a quarter and a dime on a book that sells for 99 cents? So one way you make less money and your customers pay more, and the other way pays you better and allows customers to save money—which gets you even more sales, allowing you to make even more money.

So if people ask, I proudly tell them I self-publish through Amazon, and that only a pretentious person would judge me by the outlet I publish through, rather than the quality of my work.
So what are you waiting for? You could be an author tomorrow, and I encourage you to summon the courage to expose your writing to the world. Who knows, you just may be the next bestseller. 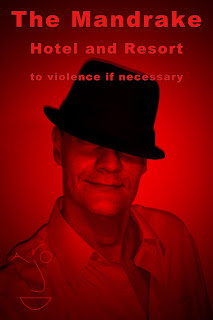 Right versus wrong, good versus evil, and peanut butter versus jelly—these are just a few of the many eternal struggles this book tackles.

But don’t worry, based on the NFL’s recent concussion scares, all this book’s characters were made to wear helmets before these hard-hitting issues were tackled.

Who is Dark Jar Tin Zoo, and why is he trying to take over the world?

Is Abby Norma Sykes simply too sexy to be featured in such a dramatic thriller such as this book clearly is?

Finally, is it improper to refer to a dwarf as a midget? And what is the shortest height you can be without technically being a dwarf? Is it really as tall as 4’11”? Does that make a person who’s 4’10” the World’s Tallest Dwarf?

This book doesn’t actually discuss such serious social issues as I alluded to in the last paragraph, but it should. I’ll speak to the author immediately, and maybe he’ll address them in the sequel.

"Combining absurd, farcical and surreal humour with some more serious and thoughtful musings the book is a firework of clever lines and quirky episodes.

The Mandrake Hotel has a room for everyone, whatever your desires, hobbies and preferences are. It is a madhouse and a world of liberty: Whether you want a room made of sand, one with specific collectibles or a floor full of nudists - the hotel has got it.

I wondered for a long time if the hotel was written as a fantasy world for lazy and hedonistic people (as one reviewer suggested) or as a wider symbol for the world as it is; a statement not unlike the questions of all questions in Douglas Adams book. The world population is exploding, so are we sitting on a powder keg that will go off once the resources run out? Can humanity survive? Are we sane in doing what we are doing?

A lot of ideas are covered in this book at a fast pace, highlighting absurdities and having a good laugh at them.

The author draws you into the book with his wit and once I had handed over total logic to the valet and stopped trying to make sense of every line that was thrown at me - at times very fast paced and confusing - I eased in to the rhythm of the story. It reminds me of the great Eugene Ionesco and Haruki Murakami, without wanting to imply that the style is close to either of them.

'Resort to violence' refers to the plot as it thickens. Our hero of many names and his date Abby decide to fight Dark, the villain from the 13th floor and here a more structured narrative continues.

The book is hugely entertaining, clever and will probably divide the audience into those who appreciate it and those who may not 'get it'. Luckily I was part of the latter group.” Diebus 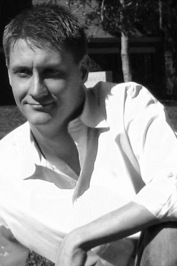 Born in Salt Lake City on March 5th, 1982, Jarod grew up in Jacksonville, Florida and graduated with an English degree from the University of Florida. He has written many “books” but likes to use the term loosely; describing them as mostly just compilations of his random thoughts and one-liners. (Editor’s Note: Don’t believe a word of it, he’s brilliant!) A master of modesty, he probably won’t mention that (among his many writing achievements) he once sold a line of pithy t-shirts to Urban Outfitters. With characteristic humility, Jarod says, “But my story is just beginning. I plan on failing my way to success. I have been rejected by literary agents, publishers, MFA programs, and all sorts of women. But still I keep writing. Share yourself with the world. If there is one thing I like to impress upon people, it’s that you can do it, even if you can’t. Just keep can’ting until eventually you can. And you can quote me on that.”

a Rafflecopter giveaway
Posted by Michael Brookes at 01:30