An excellent retelling of the Snow White fairy tale. The tone is more that of a fantasy adventure, but it still maintains the magic of a fairy tale. It has all the requisite components, the fair damsel, the hero, the evil step-mother. Although I did disagree with the mirror, Snow White wasn't the fairest in the land, but no matter :-)

The story differs in many details, but that makes it a more interesting narrative. The story starts with Snow White as a child, her father, the king rides to meet an army of darkness (who are pretty cool by the way) and in defeating them rescues a young woman. The young woman is of course the evil step mother, who murders the king and seizes the kingdom.

To say more would spoil the story, I have to admit I wasn't greatly convinced at the start, it was ok, a fun watch, but nothing more. Once the hunt begins it improves rapidly and ends as a cracking film. Everyone plays their part well and there's some great characters in there. The dwarves stood out for me, much better than those in the hobbit. The glass shard beasts are also very cool.

All in all this is a fun adventure, filled with magical moments and well worth a watch. 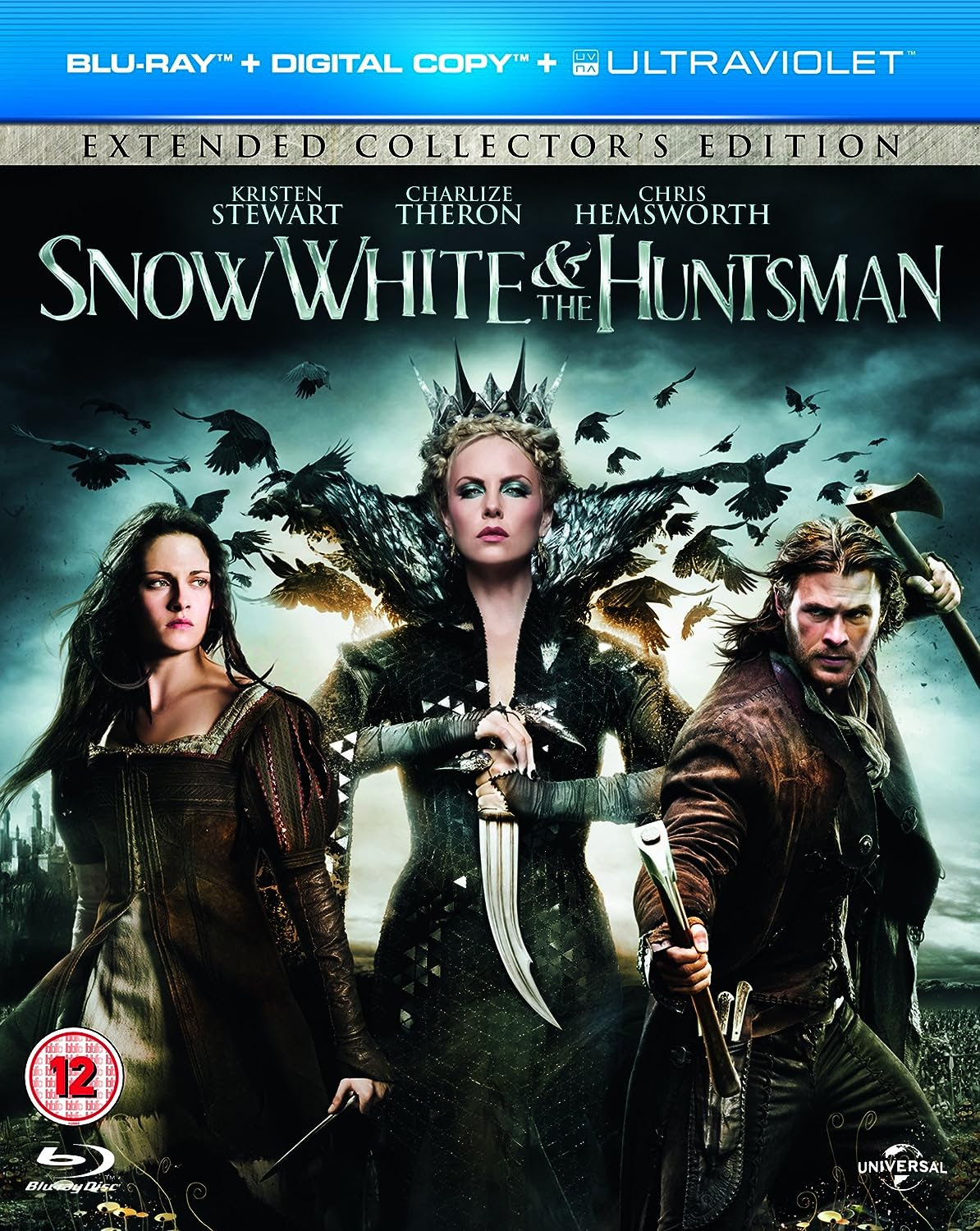 In the epic action-adventure Snow White and the Huntsman, Kristen Stewart (Twilight) plays the only person in the land fairer than the evil queen (Oscar® winner Charlize Theron) who is out to destroy her. But what the wicked ruler never imagined is that the young woman threatening her reign has been training in the art of war with a huntsman (Chris Hemsworth, Thor) who was dispatched to kill her. Sam Claflin (Pirates of the Caribbean: On Stranger Tides) joins the cast as the prince long enchanted by Snow White’s beauty and power.

The breathtaking new vision of the legendary tale is from Joe Roth, the producer of Alice in Wonderland, producer Sam Mercer (The Sixth Sense) and acclaimed commercial director and state-of-the-art visualist Rupert Sanders.

Snow White & The Huntsman is available from Amazon

Posted by Michael Brookes at 20:35