Welcome to the third day of the Blogger Book Fair, all over the Internet blogs are celebrating books from July 22nd until July 26th.

Here on The Cult of Me we're joining in the fun! We continue the proceedings with a guest post from Brandon R Luffman where he discusses fear in horror writing.


Gore Vs. Dread In Horror Writing


What is it that scares people? Particularly, what is it about a horror story that scares them? It's a pretty basic question, but I think the answer can give us insight into how to write better horror.


At its heart, horror fiction is often not so much about fear as it is about dread. The difference, of course, is that one is a reaction to a direct threat, while the latter is anxiety about an unknown. It might be dread of an uncertain outcome, or the question of whether that bump heard in the night was just the house settling or something more sinister.


It is far too easy to confuse dread and fear with disgust. In the real world, seeing something horrific can certainly inspire fear. It's a natural human reaction. But, in fiction, does a description of a gory scene actually heighten the feeling of fear or suspense in the reader? I think the answer is no.


It's true that gore has its place in horror fiction. My own recently released novel, Frostwalker, has its fair share of grisly bits. But those parts of the story aren't an attempt to inspire fear. They're just the natural by-product of a town overrun by the walking dead!


So, if gore can't get us there, how can we strike fear in the reader's heart? How do we really scare them?


The answer is through dread or, in more common parlance, through tension. Tension comes not from what horrors stand before you, but from what might be there. Show the reader a dismembered corpse and you might make their stomach turn. But show them a trickle of blood running out from beneath the baseboards and you'll give them dread.


We don't fear the monster under the bed because of previous experience. Most of us have never had talons clamp onto our ankle as we climb into bed. The source of our fear is simply not knowing what might be under there among the dust bunnies and orphaned socks.


So, while gore has its place in horror fiction, we should remember that it is simply window dressing. Gore sets the stage and shows us the result of horrific events. But true fear comes from knowing that we'll have to face that horror on the next page, or in the coming chapters. We know that, eventually, it will come for us. 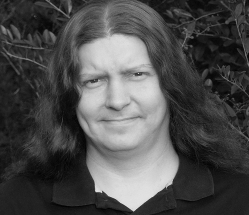 Born in Statesboro, Georgia in 1976, Brandon Luffman was raised in rural North Carolina from the time he was old enough to walk. In the sixth grade he discovered The Chronicles Of Narnia. Soon after that, he was on to Stephen King and Arthur C. Clarke. At the same time, he was making his first forays into writing fiction. After creating a series of short fantasy pieces for a class assignment that were received with praise, he was hooked on writing fiction for the entertainment of others. Now Brandon writes supernatural horror as well as fantasy, science fiction, and other genres. His short fiction is available online in various formats. Brandon still lives on the family farm in northwestern North Carolina with his wife and family. Taking inspiration from his homeland, he brings southern sensibilities and a modern flair to these classic genre themes. His first novel, Frostwalker, was released in May of 2013. 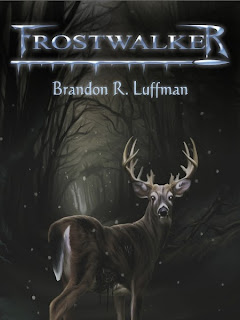 
When his small hometown of Wynn, North Carolina falls under an ancient curse, Jake will find himself in a battle against creatures worse than any he’s faced in a game. Playing for keeps, it will be geek versus god in the fight to stop an evil force bent on destroying everything he holds dear.


The Geek Shall Inherit The Earth – If They Live Long Enough.


Click here for more info and to read excerpts from the book.


Read the first third of the book for free at Smashwords!


Win a paperback copy of Frostwalker! 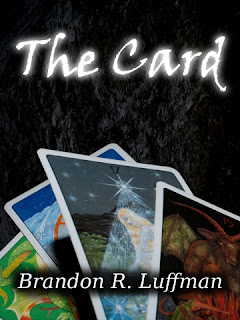 When a strange tarot card appears in a friend’s deck, Jason assumes it’s just a prank done in poor taste. But, when terrible events befall those around him, he must face the possibility that something sinister is afoot.


Death is closing in, along with a suspicious detective who believes that Jason may be the killer he’s stalking. With his life turned upside down, Jason finds that there are worse things to be hunted by than the authorities.


This 4,500 word short is a supernatural horror story in the spirit of the pulp era, but with a modern feel.


Available for 99 cents from the following retailers: