This is an amazing film in every respect, in fact it's one of my favourite film of all time. Loosely based on Homer's Oddessy epic it tells the the story of three escaped convicts trying to find some buried treasure during the depression.

For me it's probably the perfect film. The story is brilliant with plenty of humour. The soundtrack is sublime, worth owning in it's own right. It's almost a musical and a great one, with every song a pleasure.

The acting is spot on and adds a lot to the humour of the film. It helps that the film is populated with some wonderful characters like the cyclops and the sirens.

Quite simply an awesome film. 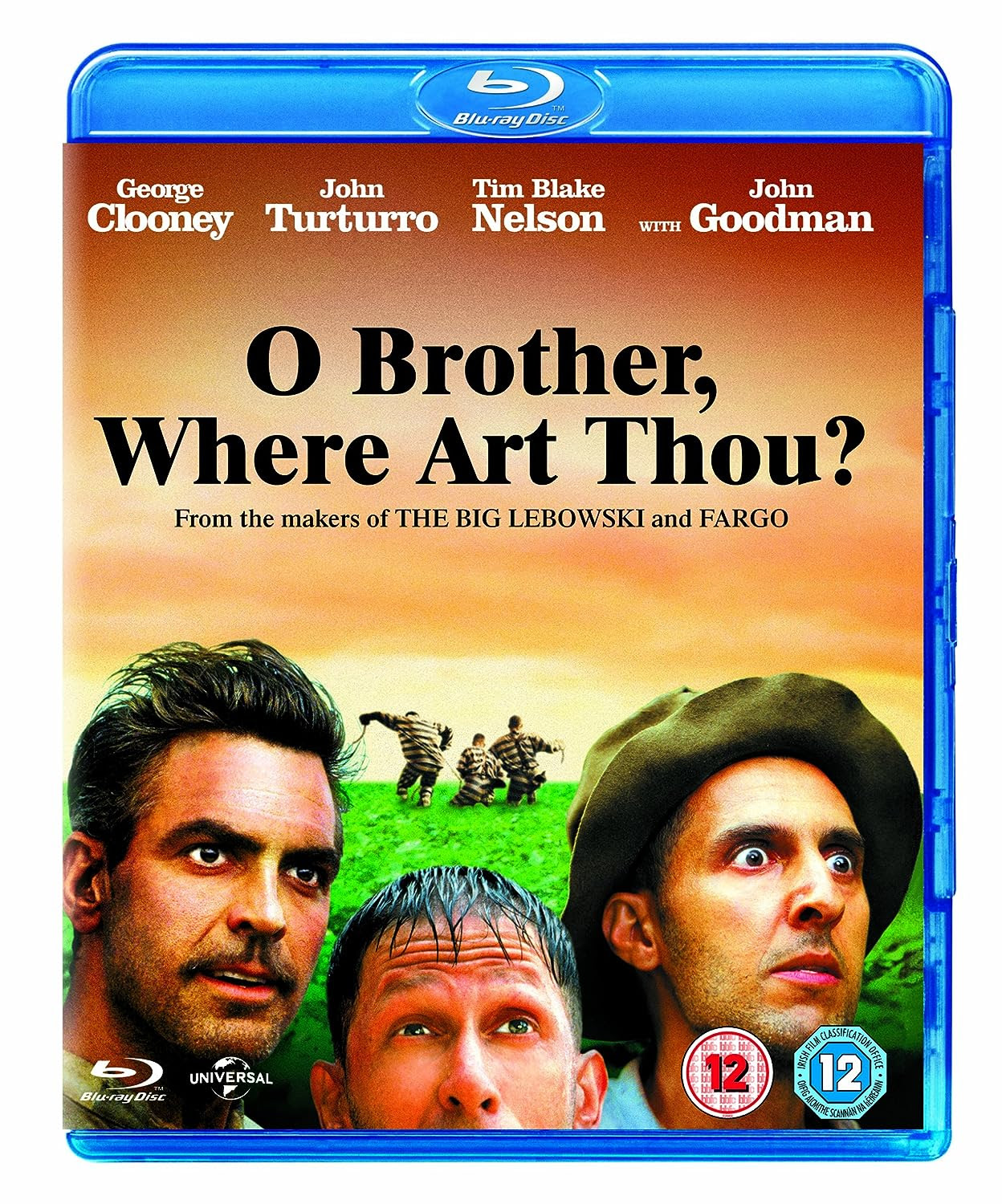 The Coen Brothers own unique take on Homer's Odyssey sets the action in 1930s Mississippi, where three clueless convicts escape a chain gang and go in search of buried treasure. This leads to a series of unlikely adventures - involving one-eyed con-men, seductive sirens and Ku Klux Klan lynchings - which culminate with the boys inadvertently discovering fame as hit recording artists The Soggy Bottom Boys. Starring George Clooney, John Turturro and Tim Blake Nelson as the hapless heroes, and featuring a soundtrack jam-packed with American folk standards, 'O Brother, Where Art Thou?' takes its title from the film-within-a-film in Preston Sturges' 1941 classic 'Sullivan's Travels'.

Buy O Brother Where Art Thou? now from Amazon (this is a must own film!)

Posted by Michael Brookes at 18:02