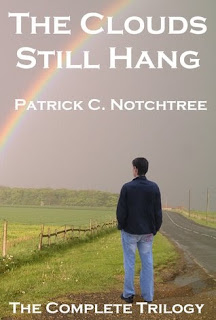 Please introduce yourself, who are you and what do you do?
As my book is an autobiographical novel, I don’t want to give too much away here. I am British, was born in 1946 and had what I suppose was troubled childhood. A series of traumatic events in my teenage years shaped my life, certainly changed its course. Its course changed again when I was 60. For the better? Who knows? I have been a teacher and a police officer. I now live in the north of England with my wife and have my son and granddaughters nearby.

What first inspired you to start writing?
I started many years ago, thinking about my childhood, my first love and how much that meant to me. Making notes, gradually building memories. The idea of a published book came much more recently. After the trauma of early sixties, I had to seek help. For my own PTSD, which remained undiagnosed for decades, I found talking was very hard. To speak about the ‘principal event’ was impossible for a long time and in the end it was my wise counsellor who suggested writing rather than talking. This painful process eventually managed to break the logjam in my head and of course eventually led to my book. The whole thrust of the trilogy is the damage that early sexualisation can do, even when not coercive, and this is developed at length in the chapter in the last book where Simon goes over the past with a psychiatrist.

If you could write anybody's biography, whose would it be?
Interesting question. I wrote my own of course but have not really considered writing a ‘proper’ biography. One or two names spring to mind. I think my friend who has had such a rough deal in life would deserve the record setting straight. My readers will know him as ‘James’ and they will see there is so much more that could be said. I’m not sure he would co-operate though. More formally, Clement Attlee interests me. He certainly changed Britain greatly and arguably far more than Thatcher did. Isambard Kingdom Brunel has always interested me as has Kaiser Wilhelm II, Franklin D Roosevelt and others, Trouble is all these have already been done and far better than I could. So if I write another book, it’ll probably be fiction.

Reading or writing, which is more important to you?
I used to read far more than I do now. Partly because I am so busy, a triple carer, and very hands on grandparent as well. At the time when I took my old notes and started to write the past in therapy and then formulate the whole thing into the book, writing was obviously paramount. The only time I get read much now is last thing at night in bed, and if I’m too tired, that doesn’t get done much either.

What is your favourite song lyric?
This question took me by surprise. I’m not sure I’ve got one. But at one time Abba’s “The Winner takes it all” resonated strongly with me. More recently the way Vanessa Redgrave sings “True Colours” in the film “Unfinished Song/Song for Marion” touched a nerve, especially with ‘James’ in mind.

Are you a planner? Or do you prefer to dive straight into writing?
More a planner I think. When I wrote my book I had a plan in my head, but for much of the time I just sat and typed, allowing the stream to come. But within the structure I had developed.

What advice would you give new and aspiring authors?
Much depends on the subject matter. Basically write about things you know. One can research subjects of course, but there is always the danger of getting some silly minor detail wrong that undermines the book’s credibility for readers that know. This applies to fiction as much as non-fiction. Use places you know, even if you change their names. I’ve never been a spy so would never write a spy novel for example.

Get someone else literate to read it. It must have good grammar, correct spelling and as few typos as humanly possible. I recently started to review a novel that met none of these requirements – however good the plot, the errors kept pulling me up short, breaking the flow. The author used ‘your’ instead of ‘you’re’, ‘excepted’ instead of ‘accepted’ and so on. I stopped reading it. Write because you want to, not to make money. Your writing will carry more conviction and if sales don’t match “Fifty Shades of Grey” you won’t be too disappointed.

Be prepared to spend a lot of time ‘networking’ and promoting your book. A website, Facebook, Twitter and Goodreads of course to name a few. In some ways the work starts once the book is finished.

What are you working on at the moment?
I’m not writing at the moment. Apart from my caring responsibilities I don’t have a lot of time and that which I do have is spent online doing what I can to promote “The Clouds Still Hang”. Such as doing online interviews!

Tell us about your latest work and how we can find out more.
This my autobiographical novel, “The Clouds Still Hang”

I am one of many – I now realise – of my generation who grew up denying and hiding their gay sexuality. Struggling to live a ‘normal’ life, the protagonist of the book, Simon, does what is expected and remains firmly in the closet. Structured in three sub-books, the first tells of Simon’s childhood, his friendship, love and eventual sexual relationship with an older boy, the second the trauma of the 1960s, the third his continuing struggle to comply with social expectations, unsuccessfully, leading to his eventual downfall and re-emergence as a man at last true to himself.

The book was written as a way of the author expressing much of what has happened in his own life and was written over two decades, but the bulk of it in the last few years.

The title is a line from Shakespeare’s “Hamlet”, and as readers will find, Simon identifies with the troubled prince as he struggles to come to terms with the cards life has dealt him. In some respects there are clouds that will always hand over him.

The cover was produced by the author. Is the young man looking along the road to his past or his future? At the clouds of the troubles he has experienced? Or is the rainbow the symbol of his innate optimism and emerging true identity?

There are some parts of the book I found very hard to write. Two sections in particular led to tears being shed anew and much emotion relived. To say which sections would be a spoiler but readers will no doubt reach their own decisions. But the memories evoked in the writing also brought relived joy and happiness as well. Like life, the book is a roller coaster ride.

It is a fictional biography, written because it tells a strong story which raises many issues over six decades, the post war baby boomer generation who in many ways never had it so good.

My own experience is probably unique, yet will strike a chord with many others who have been through similar things, as well as those with an interest in such matters, either personal or professional, such as police and probation officers, criminologists with an interest in this field or those investigating the developing 'queer theory'.

There are three main love stories and some explicit sexual scenes, both gay and straight, so it is recommended for over 18s and those not easily offended by such narrative, including one scene of sexual violence.

The first part was originally published in March 2012 under the title "The Secret Catamite Book 1 The Book of Daniel" which is still available separately in downloadable formats only but is available free!

To know more go to http://www.thecloudsstillhang.com

The Clouds Still Hang is available from Amazon
Posted by Michael Brookes at 13:19