This is an excellent science fiction short story. It's built around a single idea, that of a tunnel travelling through the Earth to connect the opposite sides. It then explores the possibilities of such a creation in an ever worsening of the world's environment through human exploitation.

I can't speak to the veracity of the science, although much of it seems plausible and more importantly it is presented in a coherent manner. More than that it's a bold vision. For me the best science fiction stems from asking big questions. This story does that, the premise is cool and how the story unfolds is nicely done. The fall itself is a wonderful read.

It's a translation so it's difficult to comment on the writing itself, but the translation is good. I didn't encounter any jarring phrases. It's a crisp read and doesn't take long to read. This is a fine and imaginitive look at a game changing event. 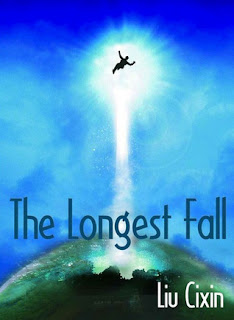 It was an idea right on the thin line between madness and genius: Penetrate the Earth and build a tunnel through its core. Using nothing beyond gravity and inertia one could now travel from the eastern to the western hemisphere in less than an hour. The future of travel was not the sky, it was deep below the earth. It all came crashing down when its inventor was accused of crimes against humanity. With its creator a monster in the eyes of the world the tunnel has fallen into disuse, but now it will be used once more ...

The Longest Fall is available from Amazon

Posted by Michael Brookes at 09:36