Killing Them Softly is a crime drama with some dark humour. It starts with two street thugs robbing a card game run by the mob. The story itself is simple enough, following the aftermath of the robbery. In the background, heard through the news on TV is commentary on the economic issues of America. The two threads tie together quite well, although the theme is far from subtle.

It's an entertaining film, while the story is far from original the characters make it a pleasing watch. Brad Pitt's character as the hitman come organiser is very well done. There are some excellent funny moments, setting fire to the car being one that stood out for me.

The film has a subdued feel, it sort of meanders along with no real pressure. As such it doesn't really have much tension, but conversely it doesn't really need it. To be honest I was happy enough just to watch the characters in action.

It's far from a great film, but it is a solid watch. There's some good songs in the soundtrack as well. 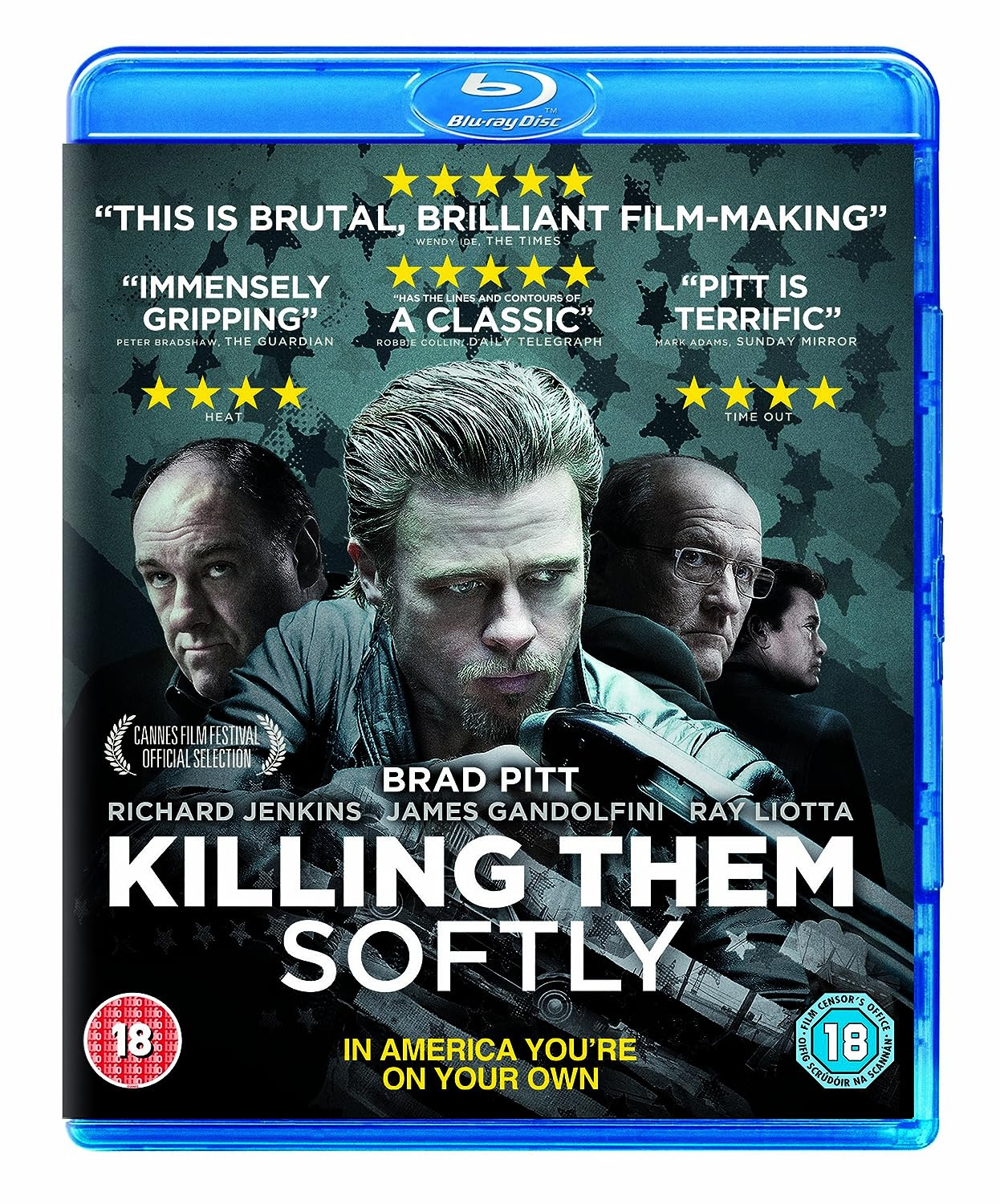 Brad Pitt stars in this darkly comic thriller based on a 1974 George V. Higgins crime novel. Jackie Cogan (Pitt) is a professional 'point man' - that is, the investigator who prepares the way for a hitman - who is assigned to track down a pair of junkies who have ripped off a mob-protected poker game. The star-studded supporting cast includes Ray Liotta, James Gandolfini, Scoot McNairy and Sam Shepard.

Killing Them Softly is available on Amazon
Posted by Michael Brookes at 20:05