You’re Reading WHAT?:  Thoughts on Horror as Literature

Not long ago I read poet Mark Doty’s essay “Insatiable” about Bram Stoker, his correspondence with Walt Whitman, and Stoker subsequently visiting the American bard not once but three times. Doty proposed that the inspiration for Dracula was not based on the infamous Vlad the Impaler, but on Walt Whitman himself, that larger than life American poet who took a shine to Stoker. Doty’s musings on Whitman, Stoker, a possible physical relation between the two, and this revelation about the inspiration for the Dracula character was interesting. But, more than anything else, it made consider how horror as a genre is still pooh-poohed by so many colleges and universities.

That horror fiction, barring the ubiquitous Dracula or Mary Shelley’s Frankenstein, is still met with some resistance on an academic level astounds me. And for those two books, many courses are taught but the horror aspect is rarely given due diligence. Dracula is read as an allegory for forbidden love, erotic love, homosexual love, or a mixture of all three. And Frankenstein becomes mired in the same old ‘fear of science’ debate. Horror novels are rarely taught as part of an upper level literature course. A survey course on the horror genre? Sure. Putting those works of horror in the same ring against heavyweights of British, European or American literature? Not likely.

During my undergraduate days, I met two professors who made the same face when I talked about authors I was interested in at the time. One was a Dickens specialist; the other, a Joycean. The Dickens professor equated horror fiction, erroneously I might add, with fantasy in that the action in stories of that genre was, by his estimation, not of this world. I did not argue with him.  And the Joycean? Some men you just can’t reach.

All of this brings me to another thought that has plagued me: when Whitman was writing Leaves of Grass (and rewriting it and rewriting it) and when Stoker wrote Dracula, were they concerned with whether their work would live as great literature? I like to think that neither of them had thoughts of longevity, acceptance, college canons, etc. No writer should. Only time dictates what written works will endure. Still, it is the horror writer who seems to be the odd man out where serious consideration is concerned.

Of course, people will argue the merits of Stephen King, the importance of Song of Kali by Dan Simmons, or even the contribution made by lesser known writers now obscured by the passage of decades like Abraham Grace Merritt (A. Merritt) whose novel The Moon Pool, published in 1918, still creeps me out. I would add to that list the likes of Thomas Ligotti, Mark Z. Danielewski, and even Laird Barron; each in their own right great sentence stylists.

The stigma attached to genre of horror fiction in academic settings will no doubt go on, but serious study of the human condition as seen through the lens of horror should be reconsidered. There are works out there by contemporary horror writers that, when thoroughly explored, will shed new light on the relation between that author and the world in which they live; much the same way Mark Doty did on the relation between Whitman and Stoker, and the birth of the undead count who haunts us all.

As for us writers, we shouldn’t concern ourselves with thinking in terms of genre. One of the worst questions someone can ask a writer is “what genre do you write in?” My answer is: I don’t write in a genre. I write in a room. Write what’s true to you. Whitman and Stoker did it. And Doty continues to do so. Write the books you would want to read and the rest of the world be damned.

Richard is the author of 'Strange Bird', find out more below: 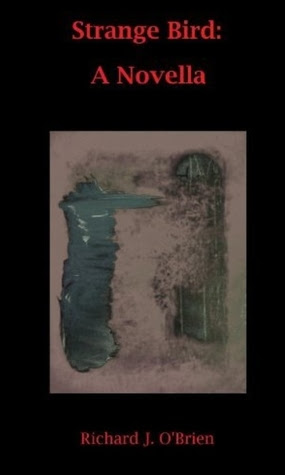 One night, Michael Mahoney, a small-town newspaper reporter writing his first true crime book, interviews Harvey Underwood, an old man once convicted of mass murder, and uncovers an intricate tale of black magic and demonic spirits. By night’s end, the past has come back to haunt and kill Underwood, and it wants Mahoney to be its witness…

Strange Bird is available from Amazon