In today's guest post Terrence Goodchild has provided one of his poems for us to enjoy, we can then discover more about him and his writing: 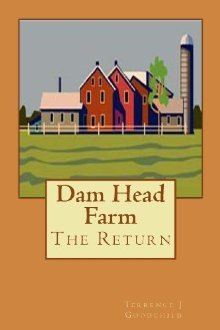 GEORGE THE GOOSE
by Terrence Goodchild

A GOOSE CALLED GEORGE WOKE UP ONE DAY

AND FOUND HE COULD NOT FLY

NO MATTER HOW HE DID IT

OR HOW MUCH HE TRIED

GEORGE CAME TO THE CONCLUSTION

THAT HE COULD NOT FLY

NOW ALL THE REST FLEW SOUTH

TO FRANCE AND ONTO RIO

AND STAY WITH A PIG NAMED CLEO

NOW CHRISTMAS CAME AS IT ALWAYS DID

NO TURKEY COULD BE FOUND

SO FARMER JONES SAID WHY NOT GOOSE

IT’S GOT TO BE TEN POUND

THE FARMYARD TELEGRAPH WAS RIFE

SO CLEO SAID TO GEORGE ONE DAY

FOR FARMER JONES HAS NOTHING

TO FEED HIS BLOOMING LOT

AND CLEO SAID TO GEORGE

YOU FOR THE COOKING POT

SO GEORGE HID UNDER ALL THE HAY

TO WAIT THIER FOR HIS FATE

WHEN HE HEARD OLD FARMER JONES

COMING THROUGH THE GATE

BUT HE WAS KIND OF CARELESS

AND FELL INSIDE THE GATE

AND WHEN HE LANDED ON THE GROUND

THE AXE FELL ON HIS HEAD

THE AXE IT OPENED UP A WOUND

THE BLOOD IT TRICKELED OUT

HE COULD NOT OPEN UP HIS MOUTH

FOR HELP HE COULD NOT SHOUT

SO GEORGE CREPT OUT FROM INSIDE THE SHED

THE SCENE IT CAUGHT HIS GASE

HE HAD TO RUN BACK TO THE HOUSE

THE ALARM HE HAD TO RAISE

HE SAVED THE LIFE OF FARMER JONES

THIS VOW HE DID DECIDE

THAT GEORGE WOULD LIVE HIS LIFE OUT

UNTIL THE DAY HE DIED.

I started writing about ten years ago purely by chance, I had been brought up in poor environment in Manchester in the North of England and luxuries like sugar and soap were of course luxuries, and at the age of ten my brother and I was put in an orphanage, from that moment my life changed forever, my careers were many as I had no qualification from school, and started in Construction and after a nearly fatal fall went into the Automotive trade and then started my own business in Retrimming vintage cars, and then after a holiday in Australia, migrated in 1988, after working for Mercedes Benz, Kenworth trucks and then Lada Australia and in the end International Trucks Iveco, where I became the one of only three persons in the Asia Pacific region who could do my job, so you see from humble beginnings if you educate yourself anything is possible.

Onto my writing I went to see a specialist regarding my nightmare and dreams, and she taught me to embrace them, the first time I wrote was poetry and wrote 100 in a matter of weeks, then my first book arrived after a dream, about my brother and I in the orphanage, the tide gates opened and book after book arrived, But I found out no one is glad for you, when I had my first book published in the UK, I have a family of about 40 people not one of them bought my book, apart from my niece who lives in Spain she had kindle, when it came out the back of the book told a small story of me and my family, my daughter was most upset I had put her name in the back of the book, and she has never bought one copy of any of my books, she does not even have my name on her face book page, or tell anyone her father is an author so you see you never know your family.

Books by Terrence Goodchild on Amazon:

Posted by Michael Brookes at 12:37