For me this is an Arnie action film at its finest, it does everything right. If you haven't seen it (and if you haven't then why not?) it tells the story of a special forces team sent into a central American jungle to rescue some hostages. Naturally there's more at play than they're told, but they certainly didn't expect to encounter an alien hunter.

Of so, the story isn't anything special, it is however told brilliantly. The first thing that stands out is the team, they are a diverse mix of soldiers, all bringing something different to the team and they're all strong enough that Arnie doesn't obscure them with his own character. There is an excellent camaraderie between the team that really comes across and gives them meaning once things hit the fan.

The next big point is the pacing, things get going pretty much immediately, the team enter the jungle and you see the team in action and you get a feel for how well they operate together. You also get some insight into the thing that hunts them. The film quickly establishes the team as a group of absolute badasses before picking them off one by one.

It's not non-stop action, the film knows when to let the foot off the pedal and build some tension, there's a few moments when they're waiting that work the moment. Layer onto that an excellent alien and you have a great action film. The predator is a cool opponent, he's tough and smart and has some cool toys. It also has some of the most quotable lines ever :-)

The final icing on the cake is the music, it works at every moment from the title credits all the way through to the end. This film was made before the advent of mass CG, but is still a visual treat and I would argue better for it. For me this isn't just one of Arnie's best films, it's one of the top action films ever made. 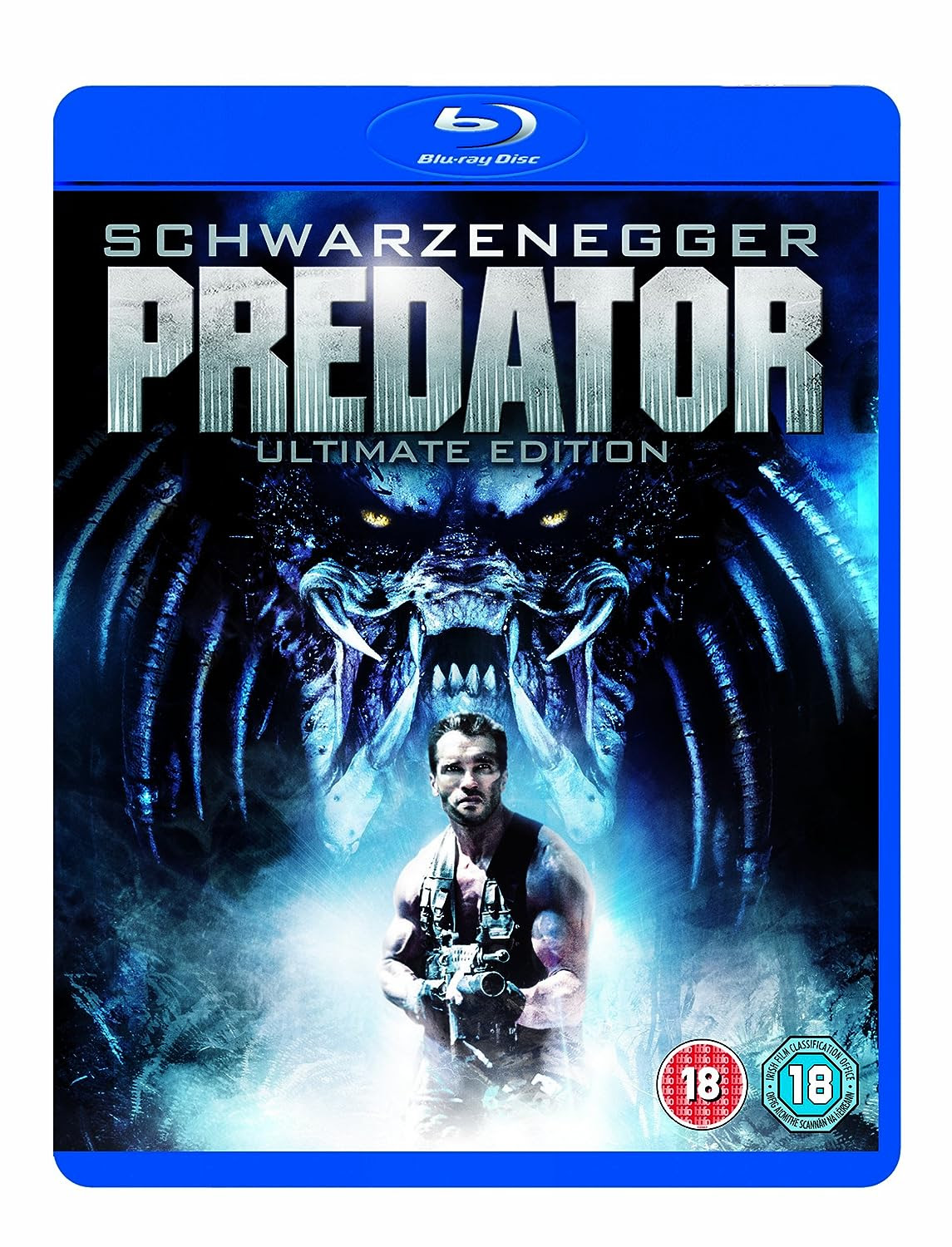 Major Alan 'Dutch' Schaefer (Arnold Schwarzenegger) and a band of mercenaries head into the Central American jungle to rescue some Americans from guerillas. However, there is an additional evil force at work in the jungle, something not human. The mercenaries are picked off one by one and soon Schaefer must face the alien predator alone.