David Haynes is one of my favourite indie authors, his series of Victorian era horrors should be on any horror readers TBR list. I first interviewed him back in May (you can read that original interview here), I recently caught up with him to see what he's been up to since then, you can find out more below: 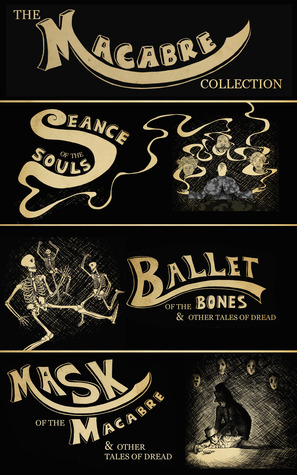 What has changed in your life since we last spoke?

Apart from getting older and unfortunately moving up a notch on my belt, you mean?
A couple of exciting things have happened. I was featured in Sanitarium magazine in a feature called, Where the horror happens! It was only a short piece about where I write my books but it was hugely exciting being asked.
Secondly, I've had a story featured in the anthology 'Off the Kuf! '             ( http://www.amazon.co.uk/Off-KUF-Volume-Fiction-Kindle-ebook/dp/B00GDLGTCS )
It's very exciting being in the book alongside some very talented writers and friends from the kindle users forum. Writers such as yourself!
My story is called, The Silent Bell and is a traditional ghost story. I hope readers enjoy it.
Have you learnt any new wisdom?I have actually. I think it's easy to become obsessed with daily word count targets and I think, at least for me, it can be harmful. I read on a forum about someone who was aiming to write thirty books in one year. I just thought, how many words a day is that? I can't write that quickly, at least not with a day job. I just need to write at my own speed. Sure, push myself sometimes but forcing myself to write so many words a day when I know they're terrible is pointless.Have you become a better writer? If so, how?Good question! I'm not sure but that's what I'm aiming to do - improve each time I write. I suppose that would be down to the readers to say!What are you working on at the moment?I'm working on a novel called, The Undertaker's Cabinet. I'm about half way through the first draft. It's still horror and although part of it is set in the 1800's most is set in the modern day world of a fictional town called Littleoak. It revolves around a family business called  Moreton and Sons, and yes you guessed it, they're undertakers.
I hope to have it finished and ready to go in February of next year.Tell us about your latest release and how we can find out more.

My latest book is called The Scream of Angels and was released in the summer. It continues with my theme of classic horror but I must admit it's slightly more visceral than my macabre stories. It's set in late 19th century Paris in a time later called Last Belle Epoque - The Beautiful Era. The fact it was a time of such artistic beauty made it the perfect setting for a horror story. In my opinion anyway!
Thanks for reading my answers and you can find out more here:
http://macabrecollection.blogspot.co.uk
Books by David Haynes on Amazon:

Posted by Michael Brookes at 09:14