I enjoyed reading the first book for this a lot, so much so that it made my top five reads list for 2013 and when I learned of a planned sequel I was eager to give it a read. It's often difficult to capture the magic of the first book in a sequel and move it on, but thankfully the author manages to do just this and I'm happy to say that this is another fantastic read.

The story continues from the first book, but she Betty (our erotica writing granny) has new problems to solve, most improtant of which is her tarnished reputation. In the first book the humour primarily came from her innocence and discovering some of the extreme types of sex games and toys that makes certain types of erotica popular. That humour is still there but it builds on the more characterful interaction within the story.

As with most good comedy there is a serious streak running through the story, in the first book it was about Betty coming to terms with the changes in her life, with this one it's more about her coming to terms with who she is and as such it does manage at times to be quite moving, yet also making you laugh out loud - quite often in the same sentence.

While Betty is most certainly the star of the show, she's not alone. There's some new people to meet, but Muriel (the mother-in-law) is as great (and funny) here as she was in the first book. As I'm sure you have guessed by now I enjoyed reading this a lot and if you haven't read the first one yet then I recommend that you do so and then immediately read this one! 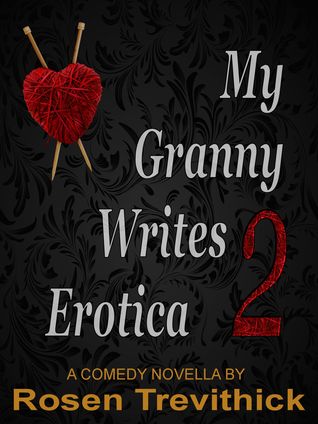 To be enjoyed after the original My Granny Writes Erotica book.

Betty Berry, a 65-year-old grandmother, is struggling to come to terms with her new, unexpected career as a famous rumpy-pumpy novelist.

After being banned from her country club, Betty misses her respectable reputation. When she finds her elderly mother-in-law with nipple clamps dangling from her earlobes, the suburban housewife realises she’s a corrupting influence and hangs up her pen.

However, the demands of her greedy family force Betty to sell the film rights to her novel – on one condition: she has no part in the creation of such revolting cinematic filth.

But things don't go to plan and once again Betty finds herself thrown into the centre of an outrageous hanky-panky scandal.

My Granny Writes Erotica 2 is available from Amazon (and is an excellent read)
Posted by Michael Brookes at 17:40