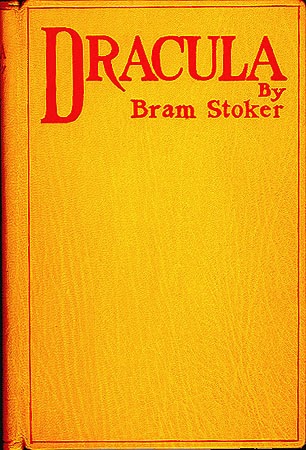 Dracula by Bram Stoker is one of the classic vampire stories, although most people will be familiar with the character from the numerous films (my favourite being Gary Oldman's portrayal). Although on the surface it's a horror novel (and for it's time quite a risque one) it is at heart a love story (and nothing wrong with that!). For modern readers it can hard work to read, but it's impact on horror and in particular vampire stories in the past century or so cannot be overstated.

To celebrate this classic novel I have written a drabble based on its plot, if you've not read the rest of the Drabble Classics serie sthen you can do so here:

To Count Dracula’s castle Jonathan Harker travelled where he advised the Count and was then condemned to the company of his undead brides.

In London the Count arrived and stalked Jonathan’s fiancée Mina and her friend Lucy whom he turned into a vampire. The learned Van Helsing revealed the secrets of nosferatu and with their friends decapitated Lucy thus ending her curse.

Jonathan escaped and after marrying Mina returned to London and joined with their friends. Eventually they faced Dracula at the gates of his castle. After a desperate battle they slew the vampire and freed Mina from his bondage.
Posted by Michael Brookes at 13:47