The story concerns Dr Richard Renfield (a name that should be familiar to readers of Dracula) and provides an interesting angle of the famous story. He is a respected doctor, a visitor in lunacy (an excellent name for essentially an inspector for lunatic asylums) travelling between asylums. We start the book at the end of the story, with the famous scene after Dracula's visit to Carfax Asylum.

We are then taken back in his life to the events that led to the opening scene. I'll admit that I struggled to get into the book at first, the jump from the beginning to the story proper is jarring. However I stuck with it and I'm glad that I did, from the rocky start it develops into an interesting and well written story.

The language is well crafted and evocative from the time, the author has done his research and that shows. It is well paced (once it gets going) and has some interesting ideas along the way. There were some early encounters that I thought could be more developed and the latter half of the story is better constructed than the opening half, although it has great flavour throughout.

All in all this was fine read and if you enjoyed the Dracula story then this provides an interesting new angle to appreciate it. 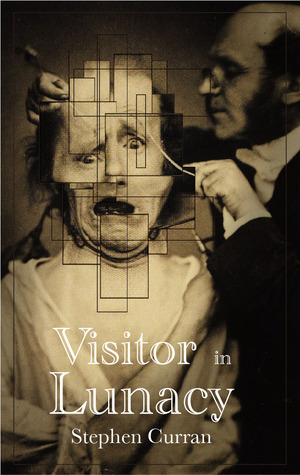 It is 1897, and confined to his room in Carfax Criminal Lunatic Asylum, Dr Richard Renfield is dying from injuries which could not be self-inflicted. His door has been barricaded from the inside and the Night Watcher swears nobody has been allowed in or out. With his last words he imparts a dire warning: “He is here.”

Moving between London, Yorkshire and Ceylon across the 19th Century, Visitor in Lunacy re-imagines the downfall of the enigmatic inmate from Bram Stoker's Dracula, from a feared and respected member of the government's Lunacy Commission to a resident of one of the madhouses he once oversaw. It is a bizarre and unsettling tale of memory, regret and horror; of how the terrible secrets of a person's childhood can inescapably shape their life.

Posted by Michael Brookes at 18:00