In today's guest authors revisited interview I catch up with Stacy Bender, you can find out what she's been up to since I last spoke to her below: 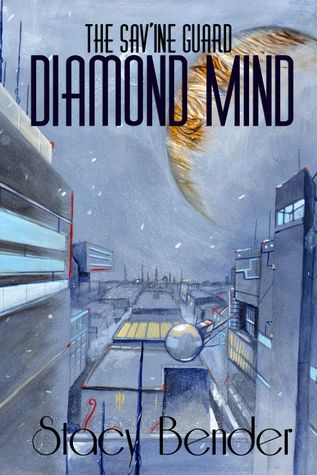 What has changed in your life since we last spoke?
Not much, I'm afraid. I was laid off, so I'm looking for another full time job but I have an interview in the next few days, so wish me luck.

Yes, I'm sorry to say that I have yet to achieve 'Rock Star' status with my writing but at least I’m out of the garage. However, I'm not dead yet, so there is still hope.


Have you learnt any new wisdom?
How about learning creative ways to promote ones books?

Most people think 'Book Signings'. Yet if you’re not a big name, don't plan on a crowd. Granted, if you have a publisher they will promote your book but that doesn't mean that you should sit like a bump on a long waiting for your royalty check.

Pass out your business card or bookmarks with the title of you book printed on it. Talk to strangers in the store, (Just don't make them think you’re a nut.)

Aside from friends and family giving you a hand with telling everyone they know, there are plenty of avenues to get the word out and when people find out that you are a published author, they usually want to know more.

Try SM. (Social Media silly, not the other one.) Computers have made our world smaller and we can reach just about anyone around the world.

When I first found out that I sold books in England and Germany, I was stunned, then I found out someone in Australia had my books up on EBay. This would not have been possible in such a sort amount of a time, fifty years ago. (OK I'm not that old but you get my meaning)

Have you become a better writer? If so, how?
Oh, I certainly hope so. I know that my spelling has improved and I'm always looking to try new things from writing tools to storytelling. (Have you ever tried voice recognition software? I’ll only say, Interesting translations…)

What are you working on at the moment?
Hummm, let's see...
'Diamond Mind' just came out Nov. 1

And I was working on the final edits for Sons of Amethyst before I send it to my publisher. Both of these books are a part of my Sav'ine series. Did I mention that each one is a standalone book and that you don't have to read them in order to know what's going on?

'I like - Alice' (Another Sci-Fi story.) is finished but it needs some shelf time before I run through it one last time to make sure I didn't forget anything.

I'll be focusing on my other stories here soon, hopefully.

Oh yeah, just as an FYI - I wrote a screenplay called Widgets - Ship Unknown
It's based off of a short story I wrote for the Word Branch Publishing Anthology. Here is the slug line.

When a group of pirates boards a seemingly abandoned space freighter, they get more then what they bargain for. Now Xandi, the second in command with a death wish, is in a race for survival against an adversary that’s determined to deal with them one pirate at a time.

Now I just have to sell it. (I don't suppose anyone out there knows anyone?)

I also wrote another short story for the Cincinnati Fiction Writers Anthology called ‘Murder My Pet’. Most pet owners get a good chuckle out of it. You never know what is truly going through the minds of our four legged friends.

FYI - Any profits from either of these anthologies, when published, will be donated to charity.

Tell us about your latest release and how we can find out more.
That would be 'Diamond Mind'. I wrote the story with the question on Sav'ine culture and stability. You see, the way I have them set up, each one depends on the other, especially mentally. So what happens if a Sav'ine all of the sudden finds them self marooned on a distant world? I hope that Diamond Mind answers that question.

Here is the first page.

Silence…. There was nothing but utter, deafening, silence. Of the kind that seemed to have a substance. So immense is it that it forces itself down on to the listener with a crushing vengeance. Breath, she had to remember to breath but the silence would not let her. Her eyes flew open and in an instant registering everything around them, bed, dressing table, chairs, paint, artwork, figurines.
Hands gripped the bedding just shy of ripping it apart. She screamed a scream filled with pain, anguish, terror, immense loss, longing, despair, and perhaps a touch of insanity. Yet no one was there to hear.

You can get the Kindle edition or Trade Paperback from either Word Branch Publishing or Amazon.

Books by Stacy Bender on Amazon: