In today's guest author interview Alice Reeds (author of 'Into the Unknown') tells us about herself and her writing, find out more below: 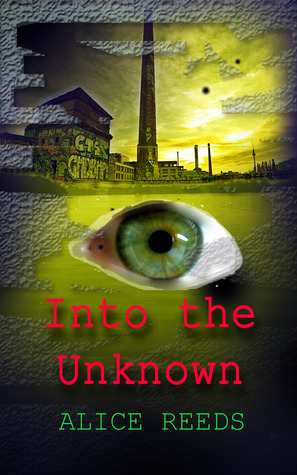 Please introduce yourself, who are you and what do you do?
My name is Alice Reeds and I'm the author of Into the Unknown. I've been writing since I was around eight or nine years old because of the fact that my family was moving around quite a lot.

What first inspired you to start writing?
My first inspiration for writing was...hm.. good question. I remember writing childish stories as a nine year old, which of course now make totally no sense and all but that was just a beginning. Later on around the age of twelve or thirteen I started to write little fan fictions, as it was the time when I got really into music, but of course those are all pretty naive and not meant to ever see the daylight.

What makes your stories stand out from the competition?
When it comes to Into the Unknown, what make this story stand out is that it isn't just some lame love story set in a dystopian world but that it is rather a very big journey which the reader experiences through the eyes of the protagonist, Bexx Kajan. She goes through a big emotional and mental change and throughout her journey the reader also gets to know the world better in which she is living, which is actually inspired by the people in North Korea, where the way people are kept in a total vacuum about what is going on outside the country and just get fed information’s from the government without the possibility to check those information’s. It is a very complex story which will be spread out into a trilogy in which the reader will get to know each dark corner which holds secrets and might be very surprised by those secrets.

Where is your happy place?
My happy place is my bed on which I always sit snuggled into a blanket while reading a book.

Which author do you most admire and why?
I admire Veronica Roth because I really enjoyed her Divergent-Series and I simply think that it's great that, even though those are her first novels, they became bestsellers. Of course, it's not all only about being a bestseller but it's a great achievement. And I also think that she simply seems so normal and down to earth which is always nice to see.

What do you find most rewarding about writing?
I find writing and seeing how a story develops very rewarding but also letting others read and hear their comments (hopefully nice ones) is just very pleasant and each time I hear negative critic I feel sort of challenged to improve my stories and make them better and just keep on working and not give up.

And the most challenging?
The most challenging is at first maybe coming up with an idea for a story and later on develop it in a way that it not only is an interesting story but also that it has a meaning behind it, and of course to not make it to naive or cliché-ish.

What are you working on at the moment?
Right now I am working on spreading the word about my novel and soon I'm going to start working on my next novel, which will be the second one for my trilogy.

Tell us about your latest work and how we can find out more.
Into the Unknown is my latest work and a big step for me as a new indie self-published author. It took me 10 months to write it and even though it might not be the longest book ever, it has a great character development, believable characters and is set in a somewhat believable and imaginable dystopian city/world. You can find out more about my novel on amazon, where you can also buy it, on my blog or on goodreads.

Into the Unknown is available from Amazon
Posted by Michael Brookes at 13:08