Book Impressions - Maureen and The Big One by Jonathan Hill

Maureen is a wonderful character and one I'd probably never have met if I didn't read indie authors. She's an odd character, larger than life she is often a comic character through her mishaps and clumsiness. She also has a more complex side and in truth a more tragic side. So much so that you feel for her, you might laugh at the things that she does, or says but you also wonder how she came to be the person she is.

Like A Letter for Maureen (which remains my favourite book of the series so far, although this new one does come close) as well as enjoying her adventures we discover a little more about her past, in particular her childhood. In this book she visits Blackpool to banish the ghost of her husband, but it is the ghost of her father that haunts her.

Maureen might be the centre of attention, but she's not the only interesting character in the story. Most you only meet in passing, their lives touched my Maureen's presence before they continue on with their lives, but of note is the owner of the guest house where she stays.

As I've come to expect from the author the story is very well written, the humour works well and is described in a way you can see it in your mind's eye. The sadder side is handled with the same skill and more important it done so delicately, it would be easy for him to have overworked some of the points in the story, but the author doesn't do so and the story is stronger because of it.

The only off note for me was the narration on a couple of occasions steps out of the scene to comment on an event or memory. It's far from a major problem, but it didn't fit with the flow. It certainly shouldn't put you off reading what is a fantastic read, although I can't help but wonder, with the revelations what the future holds for Maureen, whatever it is, I'm looking forward to finding out. 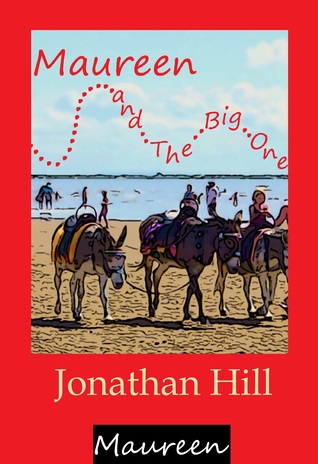 "If I'm not mistaken, dear - and I'm very rarely mistaken, dear - your vacancies sign appears to have been cut from the card of a cereal packet. Now I know I've only just set foot inside, but this does not bode well for my stay."When Maureen goes to Blackpool, the weekend starts with her hotel looking decidedly different from the online photographs - and not in a good way! It isn't long before the restful and reflective time she is hoping for rapidly deteriorates.During a seaside holiday of highs and lows, Maureen becomes addicted to slot machines, has a run-in with a phony psychic, gets more than she bargains for in a seedy bar, puts her hand in a dead jellyfish......and somehow finds herself on Blackpool's largest, most feared rollercoaster - The Big One!A novella of ~23,000 words.Author's note:'Maureen and The Big One' is the third in the Maureen series. The book can be enjoyed as a stand-alone story, but readers might wish to note that there is the occasional reference to the previous book, 'A Letter for Maureen'.

Posted by Michael Brookes at 15:28