This is a fantastic read. It tells the story of Tuck, the last working bot in the galaxy. He has survived for over 150 years by scraping together spare parts and delaing with dodgy characters. He's offered the chance to do a job and will then half all the parts he needs not only to rebuild himself, but to keep maintained indefinetly.

The old adage that if something sounds to good to be true then it probably isn't comes into play and we follow Tuck's quest as he is forced into more extreme measures to keep surviving. The story unfolds at a decent pace and keeps you guessing until the end what the outcome is.

While the story is good, it isn't the part that really stood out for me. The real strength is in Tuck's character (and his history, the flashbacks to some of his earlier memories were the most interesting part for me, I would happily have read more of these!) and that of the supporting cast. Most only have minor parts but the AI ship in particular was touching to watch the development of.

Development is the key word for this book, it's about how Tuck (and to an extent the other characters) develops with his interactions not only with humans, but with himself as well. The quality of the writing is excellent with a crisp clean style that doesn't labour the point, but allows it to sink in as you progress.

As I said at the beginning this is a fantastic read, one I can happily recommend to readers who like their science fiction with a bit of thought and a bit of heart thrown in. 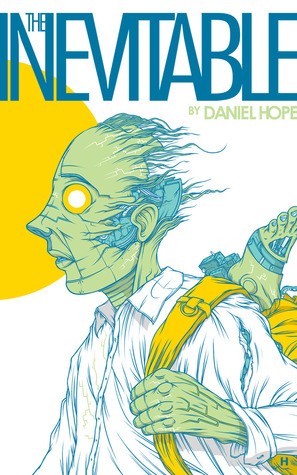 The Inevitable is available from Amazon (and is a fantastic read)
Posted by Michael Brookes at 13:37