My word I'm not having a good start to the new year, if you are in a high risk group and are supposed to have an annual flu jab then it's a good idea to actually get it done. Work has been so crazy that I didn't and I'm paying the price for it now, hopefully its peaked and I'll recover over the weekend.

In happier news here's the first guest author interview for 2014 and we meet Julia Hughes, you can find out more about her and her writing below: 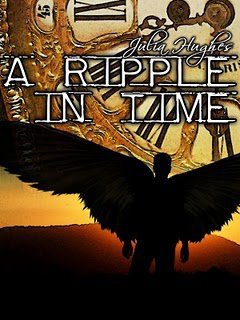 Please introduce yourself, who are you and what do you do?
Hello Michael, and thank you for inviting me here to meet your readers, I'm Julia Hughes. Author of The Celtic Cousins' Adventures (three in series so far), The Griffin Cryer, and The Bridle Path.

What first inspired you to start writing?
Since I could hold a pencil, I've been writing. I started off at school, devising plays and story lines. At breaktime, I'd round up my friends, and we'd act out. My first full length drama was about a group of French resistance fighters during WW2. That's all I can recall about it.

What is it about your writing that stands out?
I write with my readers in mind. I want them to feel scared, happy, excited etc. I do like to keep secrets from them, but the clues will be there – I enjoy foreshadowing, it forces readers to pay attention! Reviewers and critics have been kind enough to say that they feel as though they're actually there in the story. In some instances, my reviewers mention that my characters became real to them.

If you could spend a day with anyone from history, who would it be and why?
Henry II. He's the first person to be recorded as reading internally – until then everyone read out-loud. He instigated a legal system where the common people could appeal to court, in a ridiculously simply manner. All you had to do is state your grievance and the person you had a grievance against, provide evidence of your grievance, and the other party would have to come up with a good reason for their actions. This simple 'Mr x promised to pay me y for z, and hasn't – and here's the proof', still forms the backbone of our civil law. Apparently, Henry couldn't bear sitting down and doing nothing, and appointed his priests on the basis of high quickly they could rattle through a mass.

What is your favourite word?
Serendipity. It has everything – trips off the tongue like poetry, and of course it means a pleasant co-incidence.

What was the last book you read?
"The Work of Giants – Stone & Quarrying in Roman Britain" by Andrew Pearson.

Where do you like to write?
I have a small Edwardian table I like to write on, in my bedroom. Behind our house is 'soak away' land, and behind that, lakes and the Grand Union Canal, which goes straight into Central London. But as you know, even when a writer is looking out the window, they're still working.

What are you working on at the moment?
I'm working on a sequel to "The Griffin Cryer". Hopefully by the time this post is published, it will be at final editing stages. Unfortunately, we're having issues with our cars at the moment. It seems every other day I'm called on to act as assistant mechanic. What's amusing is that I'm getting emails from griffin lovers suggesting story lines. It isn't a case of "writer's block" more clapped out engine block!

Tell us about your latest work and how we can find out more.
My latest work is paradoxically also the first book published. "A Ripple in Time" was self published, I've since acquired an editor, and some lovely readers willing to proof read. So "A Ripple in Time" was re-launched on October 10. My agent came up with an innovative contest for the paperback release – which will happen on December 10 – readers can win tickets to board the Titanic! In literature of course, not literately. I liked this idea so much, we're planning to run a monthly contest up until Christmas.

Books by Julia Hughes on Amazon

Posted by Michael Brookes at 17:05