This is a superb horror film. The story starts with a father who disappears into the woods with his two young daughters after murdering his wife. The father is killed and they are left alone until years later they are found and then go to live with their uncle. Something has kept them safe through all those years and follows them back to civilisation.

What follows is a ghost story with a vengeful spirit, which might not sound like anything new and on the face of it, it isn't. However the execution is what sets this apart from others of its ilk, the ghost is quite disturbing and there's good build up throughout the film. The other aspect is the two girls, they are really creepy and really add to the tension of the film.

The pacing is spot on, building from merely creepy to all out mental and the ending is fantastic, not the usual conclusion to these type of films at all. My only complaint was that it did rely a little too much on shocks for scares, which is a shame as it does creepy very well.

If you like creepy ghost stories then you should give this a try. 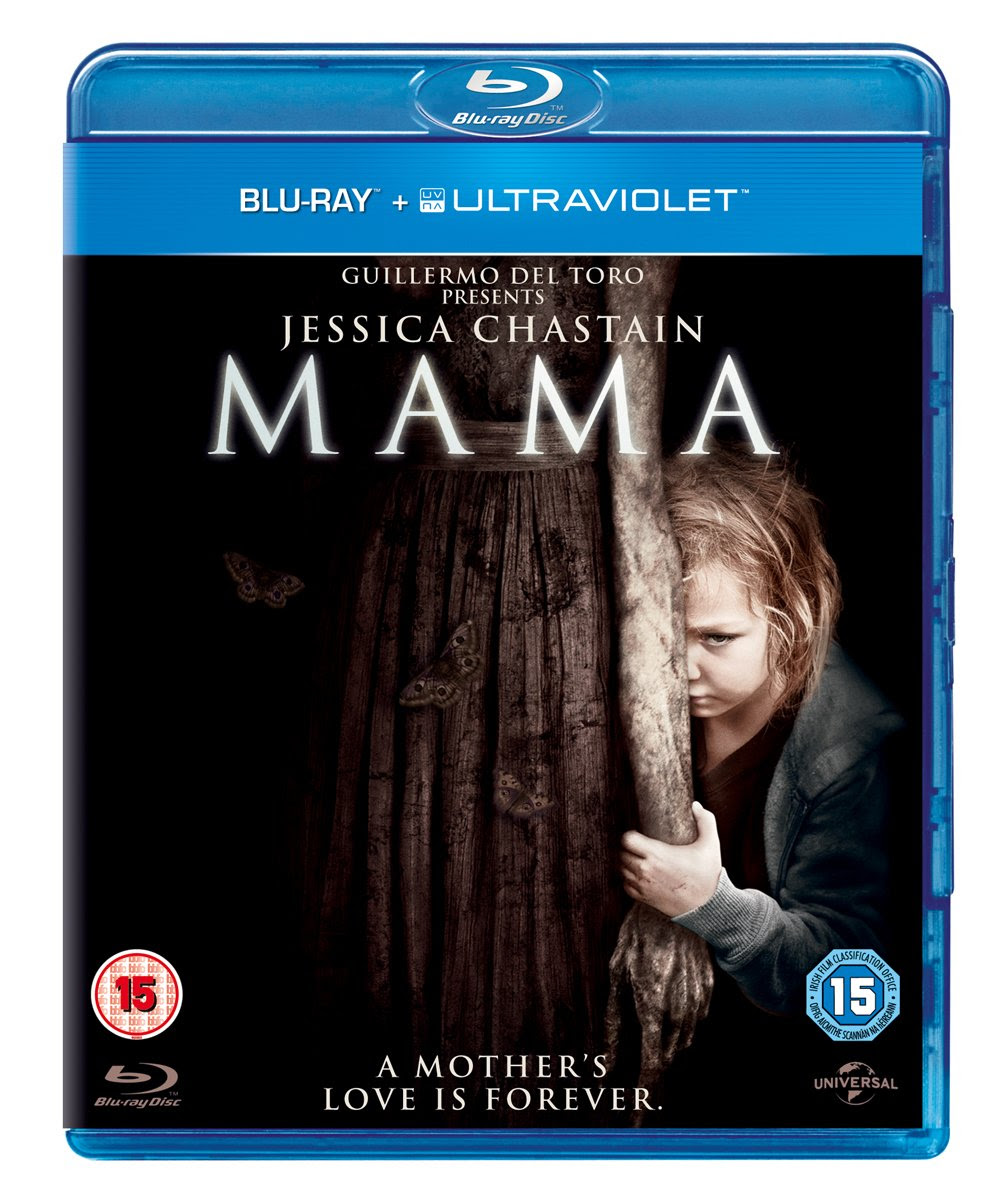 Guillermo del Toro presents Mama, a supernatural thriller that tells the haunting tale of two little girls who disappeared into the woods the day that their mother was murdered. When they are rescued years later and begin a new life, they find that someone or something still wants to come tuck them in at night. The day their father killed their mother, sisters Victoria and Lilly vanished near their suburban neighborhood.

For five long years, their Uncle Lucas (Nikolaj Coster-Waldau) and his girlfriend, Annabel (Jessica Chastain), have been madly searching for them. But when, incredibly, the kids are found alive in a decrepit cabin, the couple wonders if the girls are the only guests they have welcomed into their home.

Mama is available from Amazon (and is an excellent film)

Posted by Michael Brookes at 16:55