The blurb for this looked interesting so despite the bad reviews I 'd read I thought I'd give it a chance and I'm glad I did. Don't get me wrong this film won't set the world alight, but it has an interesting premise and while it doesn't quite deliver it does do enough to provide an entertaining watch.

Outpost 11 is set in an alternate history where steam power still rules the world and Britain and Prussia are fighting the second 100 years war. The war is global and in an isolated base deep in the arctic circle three British soldiers are monitoring Prussian radio communications. There's a mysterious power core on the base and strange events start to put a strain on the three soldiers.

The biggest problem with the film is the production level, it lacks polish. The three actors do a reasonable job with their roles and their descent into madness comes across well. The lack of budget is very evident and while it doesn't prevent the film from telling its story, it does prevent it from really shining. In many ways it feels more like a play than a film with the intimate setting and character led development.

All in all I enjoyed it, it didn't realise its potential but it did enough to keep me watching and overall it did have some interesting ideas and some excellent moments (like the spider alliance). 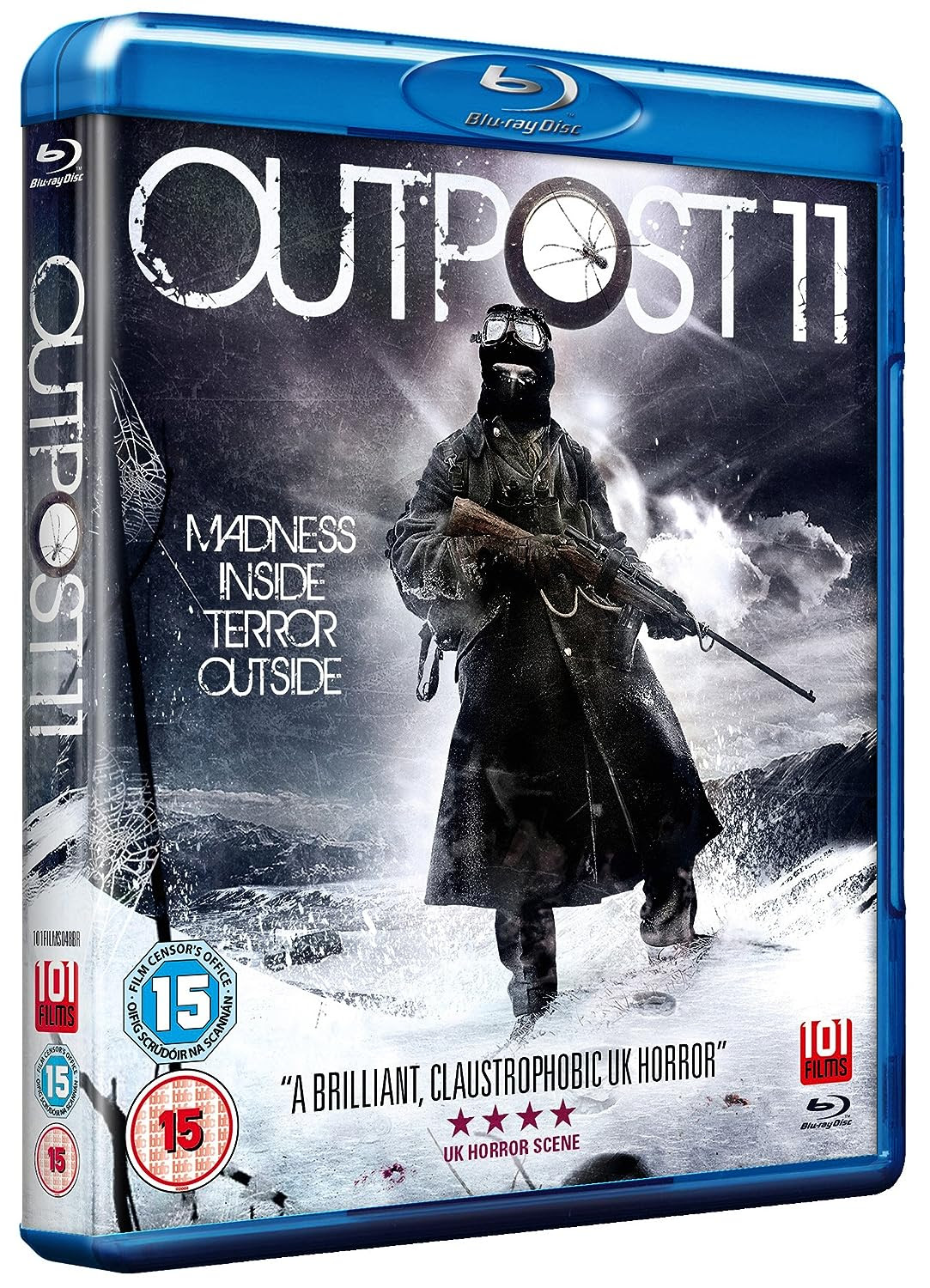 Outpost 11 is the story of a group of soldiers stationed on a remote Arctic outpost. One day the warning light goes off unexpectedly and their world is plunged into chaos, as they become prey to an unknown enemy.

Battling the sub-zero temperatures, isolation & madness, they now have a new & even more deadly foe confronting them; one that is set to destroy them all.

Posted by Michael Brookes at 12:12