Drabble Classics - The War of the Worlds by H. G. Wells 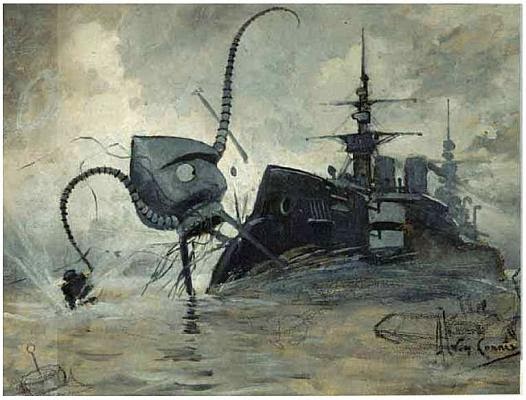 H. G. Wells' science fiction novel The War of the Worlds remains one of my favourite science fiction reads. It captures the imagination in a way that has inspired many other alien invasion stories since its release at the end of the 19th century.

If you haven't read the other drabbles in the Drabble Classics series then you can do so here:

And now here is my drabble tribute to this classic novel:

The War of the Worlds

From Mars the invaders came, I approached the site alongside a crowd. They were incinerated by the heat ray and the few survivors fled.

A giant tripod was constructed and left the pit, London’s defences collapsed and a mass exodus began. I purchased tickets to escape by sea, but war machines arrived. The Thunder Child’s sacrifice enabled my wife to escape on the steamer.

More cylinders landed and red weed choked the land. I returned to London where I charged a war machine, expecting to be slain but it was already dead, killed by the lowest of all Earth’s creatures.
Posted by Michael Brookes at 13:08