Guest Post - Welcome to the World of Screenwriting by Dustin Stevens 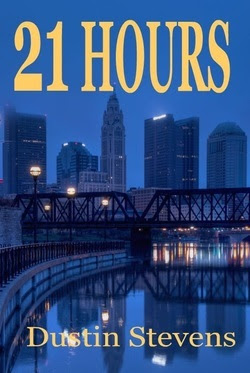 Like most authors, I like to believe I started writing somewhere close to the time I took my first steps. My infantile form may have not been able to put together a coherent sentence audibly, but that doesn’t stop the mind from envisioning my three year old self seated at a Playskool typewriter pounding out my first epic.


For almost three decades that was exactly the approach I took, my pint-sized body growing with each new iteration, but the same end product being the same. Sit at a desk/table/bench, laptop in place, pecking away at something between three and five hundred pages long. Sixty and one hundred thousand words. Plenty of time and space to depict just the right setting, to give my characters all the room they needed to follow their prescribed arc, to bring a full resolution to the reader.

It wasn’t until just this past year that a number of readers said my writing had a very “visual” style to it, and that I should take a stab at a screenplay. My first reaction to this was complete agreement. The spring is very busy-time for me in my day job, so the thought of a project that was “only” 120 pages and contained a “mere” twenty-five thousand words seemed appealing. After all, writing is writing, right?

Wrong. On no uncertain terms…wrong.

There are a number of reasons why trying to convert years of a mindset in a short period of time was less than optimal, but for me three big differences emerged. These are in no particular order, each one as challenging as the others.

As mentioned above, my first reaction to writing a screenplay was that it is essentially a third of a novel. There would be no rut experience around the 150-page mark, because unless you are an Oscar winner like Quentin Tarantino, you don’t get to write 150-page screenplays. You get somewhere between 90 and 120, the shorter the better for first-timers.

This was going to be easy.

My first two passes both ended up scrapped entirely. Most screenwriting manuals state that the problem needs to be laid out in the first ten pages, the quest for resolution within the first twenty-five. Most authors have just finished their first chapter by the twenty-five page mark. On both occasions and I realized that I was still fleshing out characters for the first thirty pages, wanting the audience to know exactly who they were dealing with.

As a newbie, I was forgetting two very important points. One, that the visual is far more powerful than the writing for establishing a character. Second, and perhaps more importantly, I didn’t have that kind of space to use fleshing out the groundwork. I just had to plunge forward and trust that audience would accept the world I created and come along for the ride.

Writing narrative is something every novelist is intimately familiar with. Whether it be depicting a scene or establishing a character’s back story, it is a necessary element to most every book. No reader wants to sit through hundreds of pages of characters telling them every detail. They want to be immersed in a world, absorbing what they find.

There is no opportunity to do such a thing in a screenplay. All narrative is confined to a small paragraph that sets each scene, the golden rule being never more than four sentences, preferably no more than three. Anything that happens thereafter is left up to the interaction of the characters.
That leads me to the third point…

There are two very different types of editing in this world. The first is rewriting/proofreading. As many who write full well know, this is the most common in the literary world. There are always going to be ideas that don’t work or scenes that drag to long and need to be cut done, but for the most part, editing is meant to be more shaping than cutting.

This is possible because, to bring it full circle, there are no space limitations on a novel.

In a screenplay, this isn’t so. The first draft I did of my most recent screenplay was 170 pages long. By the time I was ready to start submitting to film festivals, it was down to 117 pages. That’s almost a full one-third of a story cut away. Further consider that almost none of that being tossed aside is expository. There is precious little narrative throughout, meaning that everything being chopped is scenes.

Try asking most novelists to go back and remove a third of the scenes in their novel. They’ll think you are crazy and demand to know how they are supposed to tell their story.

To them you can smile and say, “Welcome to the world of screenwriting.”

Dustin Stevens is the author of 21 Hours:

Felix "O" O'Connor is an ex-con from central Ohio that has spent the seven years since being released from prison working on a ranch in the Big Horn Mountains of Wyoming. Rarely does he venture out into the world and never does it come looking for him. Both of those things change when his twin sister Alexa "Lex" Borden calls from Columbus, Ohio to ask for his help.

Earlier that afternoon, she and her husband were both beaten unconscious and their two year old daughter abducted from their front yard. Nobody saw a thing, the police are stumped, and it is a well known statistic that if a child isn't found in the first 48 hours, they rarely are.

O immediately drives back to Ohio and finds himself with just 21 hours to find his beloved niece before potentially losing her forever. Plunging himself into a world he'd long ago left behind, he crosses paths with criminal masterminds, human traffickers, gun runners, drug smugglers, blood-thirsty spectators and suspicious detectives all in the name of bringing her home.

Other books by Dustin Stevens:

Posted by Michael Brookes at 17:57