I'll admit that I'm a bit of a Trekkie, but I prefer the later shows to the original series, so for me this just doesn't cut it as a Star Trek film. Anyway let's put that aside as this is what Star Trek is now. The first film was ok as an action teen flick set in space and this continues along the same lines.

And for me that's the big problem with it. It feels like a bunch of kids playing at spaceships, the characters aren't convincing. Spock isn't too bad and Peter Weller does a reasonable job as the admiral. Some of the characters (Scotty in particular) are just too silly to take seriously.

Ok, so it's not a serious film, but the problem is that it has a feel of a high budget comedy that isn't funny. Everyone is trying to keep a straight face, but the audience doesn't get what they find funny.

What the film does deliver however is an audio visual treat. It looks stunning and sounds superb and to be fair it's worth watching for the spectacle of it alone. It drags on a little bit, but not too much. I didn't like it, but I was entertained by it. I was glad I rented rather than bought it though. 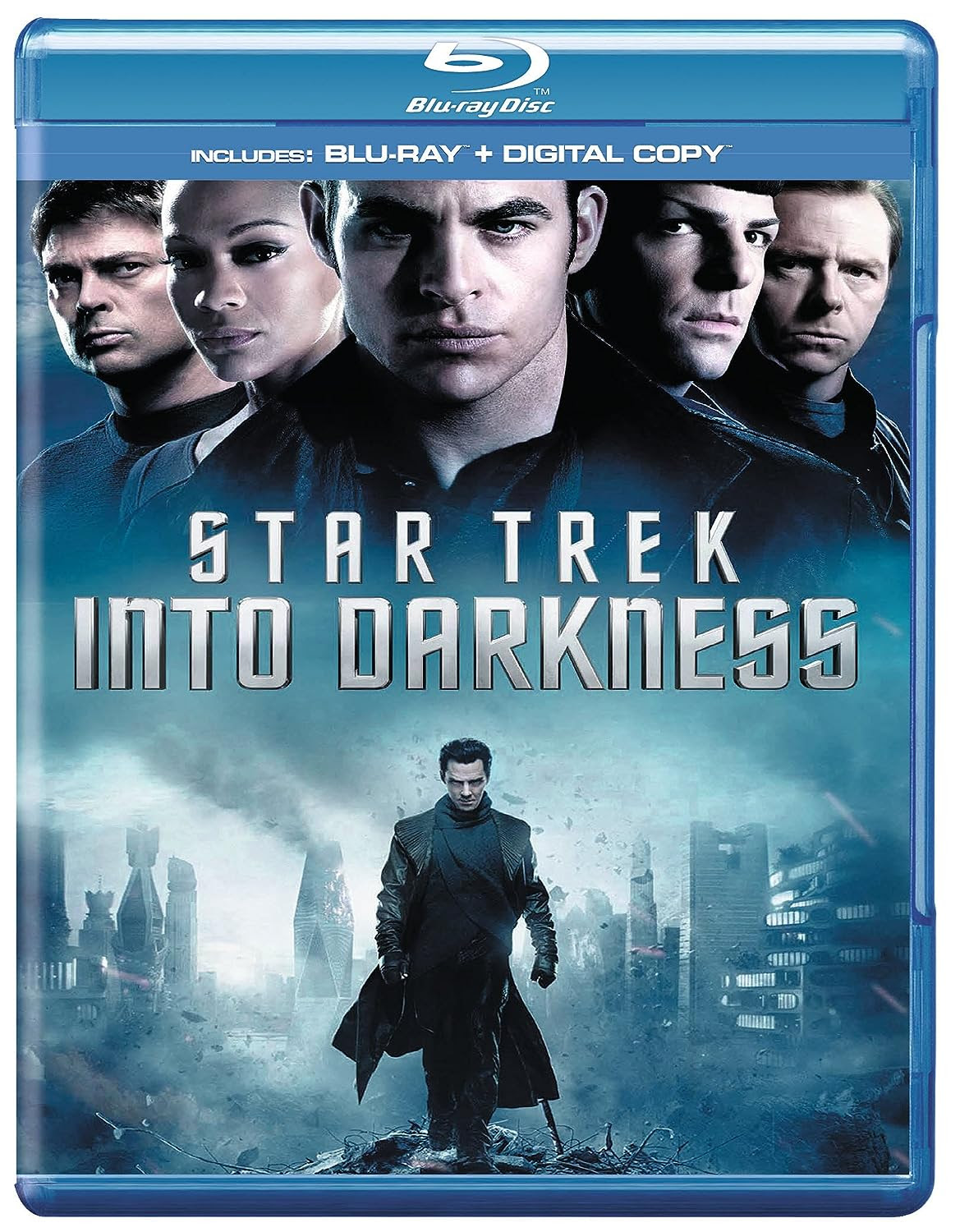 When the crew of the Enterprise is called back home, they find an unstoppable force of terror from within their own organisation has detonated the fleet and everything it stands for, leaving our world in a state of crisis. With a personal score to settle, Captain Kirk leads a manhunt to a war-zone world to capture a one man weapon of mass destruction. As our heroes are propelled into an epic chess game of life and death, love will be challenged, friendships will be torn apart, and sacrifices must be made for the only family Kirk has left: his crew.

Star Trek Into Darkness is available from Amazon

Posted by Michael Brookes at 20:07