This is a rather excellent German science fiction film. The world has become uninhabitable through ecological failure, humanity has escaped into orbit and lives in overcrowded space stations. Their only escape is the new colony on Rhea, a planet paradise. Travel to this colony is expansive so a young daughter desperate to rejoin her family signs up for an 8 year voyage hauling cargo to the colony. On her solitary shift on the ship she thinks that she's not alone and discovers that what they are transporting isn't what they thought.

The film opens with a glorious shot of the space station in Earth orbit, a veritable city in space. It's a wonderful opening sequence and while the rest of the film has a more claustrophobic feel it certainly drags you in to the world it creates.

It also does a good job of the voyage, the life aboard ship is lonely and stressful, but doesn't drag too long before the story gets going. From that point it builds with some effective tension, the audio design adds to the atmosphere, in fact it reminded me of Dead Space in that respect.

For me there were only minor issues with the film, first and foremost was while the future tech looked good, it also lacked a practical aspect that jars slightly. Not a big issue, but hard sci-fi buffs will notice it.

Overall though it is an excellent watch, one I'm happy to recommend. 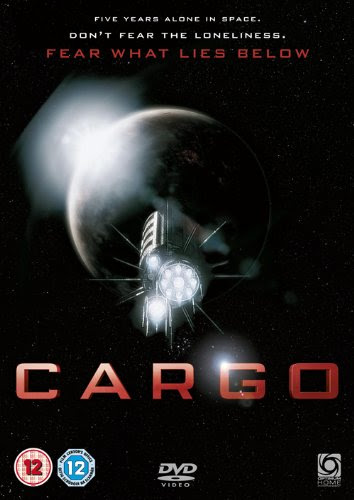 2267 and Earth has become almost uninhabitable due to environmental deterioration. The human race now populates overcrowded space stations orbiting the planet, whilst dreaming of being able to afford the trip to live on the paradise-like planet Rhea. Desperate to raise the money for the trip so she can reunite with her family Dr Laura Portmann (Anna-Katherine Schwabroh) signs up for a job aboard the cargo ship Kassandra, on an 8 year trip to a space station in Rhea’s orbit. On board, each crew member spends much of the voyage in hibernation, each waking for a solitary 8 month shift monitoring the ships operations. Nearing the end of her vigil, Laura begins to suspect she may be being watched, and hearing sounds from within the hold of the ship. Along with security chief Samuel Decker (Martin Rapold) she awakens the captain and the rest of the crew to investigate the dark recesses of the cargo bay. Gruesome discoveries are soon made and fractures appear in the crew’s relationships, then Laura and Decker uncover Kassandra’s true destination and what secret cargo she carries…. Compelling, artistic and chilling, Cargo was the closing film of the 2010 Sci-Fi London Film Festival.

Cargo is available from Amazon (and is an excellent watch)

Posted by Michael Brookes at 09:38