In today's guest author interview we meet Stanley S Thornton, you can find out what he has to say below: 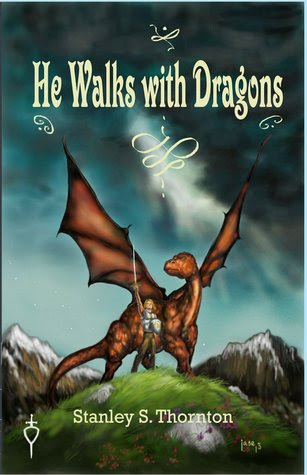 Please introduce yourself, who are you and what do you do?
I was born in 1954. This means I was born into a totally different world than what we live in now. I'm turning the corner toward 59, but I'm always told I don't act my age, as if it was a bad thing. I was born and raised in Baldwin Park, California, USA, a small town near Los Angeles. I've worked since I was 16. I'm a jack-of-all-trades. janitor, shipping/receiving, stock room, bus driver for both regional and local bus companies, built neon signs, just to name a few. I've run a couple small businesses. I was once also a caregiver for a friend who was dying from pancreatic cancer.

What first inspired you to start writing?
I'm not really sure because I began writing poetry when I was 12 years old. I assume I had read someone and was influenced by them. Writing books is a new project for me as I now have more free time available for writing. I started writing my first book in 2009 and released in 2010. I just came out with my first Fantasy novel.

If you could spend a day with anyone from history, who would it be?
Wow, that is such a tough question. There are so many people from history that I'd like to meet. I know I'd love to have been around the Beatles at that specific time in history when they went from being just a band from Liverpool to being international superstars. I would like to spend a day talking to Leonardo Da Vinci to find out where he got some of his ideas for inventions. I would love to have been there when the first person watched lightning strike a tree and create fire. I could go on for days.

Why is Stonehenge an interesting site for you?
Stonehenge is one of those wonders in our world that cannot be explained. Even with today's technology building Stonehenge would be a wonder of construction; and yet, it was build thousands of years ago. It took on a greater meaning when I learned about Mystery Hill, here in the states. While it was constructed very different from Stonehenge, it was created using the same tools and apparently for the same purposes. This indicated that the builders of Stonehenge had also managed to make their way to the Americas thousands of years before anyone else. That's enough to make anyone wonder who these people were.

Who is your favourite writer and why?
I loved Shakespear as a youth, as well as Mark Twain. I also enjoyed Eric Von Daniken's Chariot of the Gods series, not because I accepted his hypothesis, but because he presented mysteries from around the world, that no one can explain to this day.

What do you find most rewarding about writing?
I'd love to say it was the money, but we all know that isn't true. I can say that the first time you see your name on a real book is quite an experience. But I think the most rewarding thing is when someone tells me "I read your book and I loved it". Whether they find it entertaining, informative, made them think, just somehow made an impression on them to some degree. The big reward is that you touched that person in a special way.

What are you working on at the moment?
I'm working on the second book in my He Walks with Dragons series. It's not the only project on my drawing board, but it's the one I have to focus on. After all, you can't have a series with only one book...

Tell us about your latest work and how we can find out more.
My new book, He Walks with Dragons, the first of a series. This first book explores not only the possibility, but the probability, that dragons once walked among us. The story follows a young boy, Draig, from young boy into manhood. The story is told through his eyes, in his own words, what it was like to live among dragonkind, culminating with why there are no dragons among us today.

He Walks With Dragons is available from Amazon
Posted by Michael Brookes at 13:10