Film Review - The ABCs of Death

Everyone who knows me knows that I love drabbles. Drabbles are stories that are exactly 100 words long, this film is like a collection of drabbles. Inspired by the ABC books you read as a child this is a collection of films from different directors all over the world about death. Each film is quite short, only a few minutes each.

As with any collection of short stories these are a varied bunch leading to an uneven watch. Some of the stories are superb, others not so great. With each story being so short it's really a sequence of grim tableaux. And for the most part they are very grim and pretty gruesome to watch.

A few of the stories stand out from the rest. One of the early ones about a dog is a poignant watch. Some are funny, some are sad, the whole spectrum of emotions connected with death can be found here. Be warned that some are quite horrific, XXL where a fat lady trims her weight down is a good example.

It's always tricky rating something like this, many people would be turned of due to the format, which would be a shame. The range of quality also makes it tricky, when it's good it's awesome, for other occasions it is merely ok. If you have a macabre mindset then I'd say this is a fun and worthwhile watch. 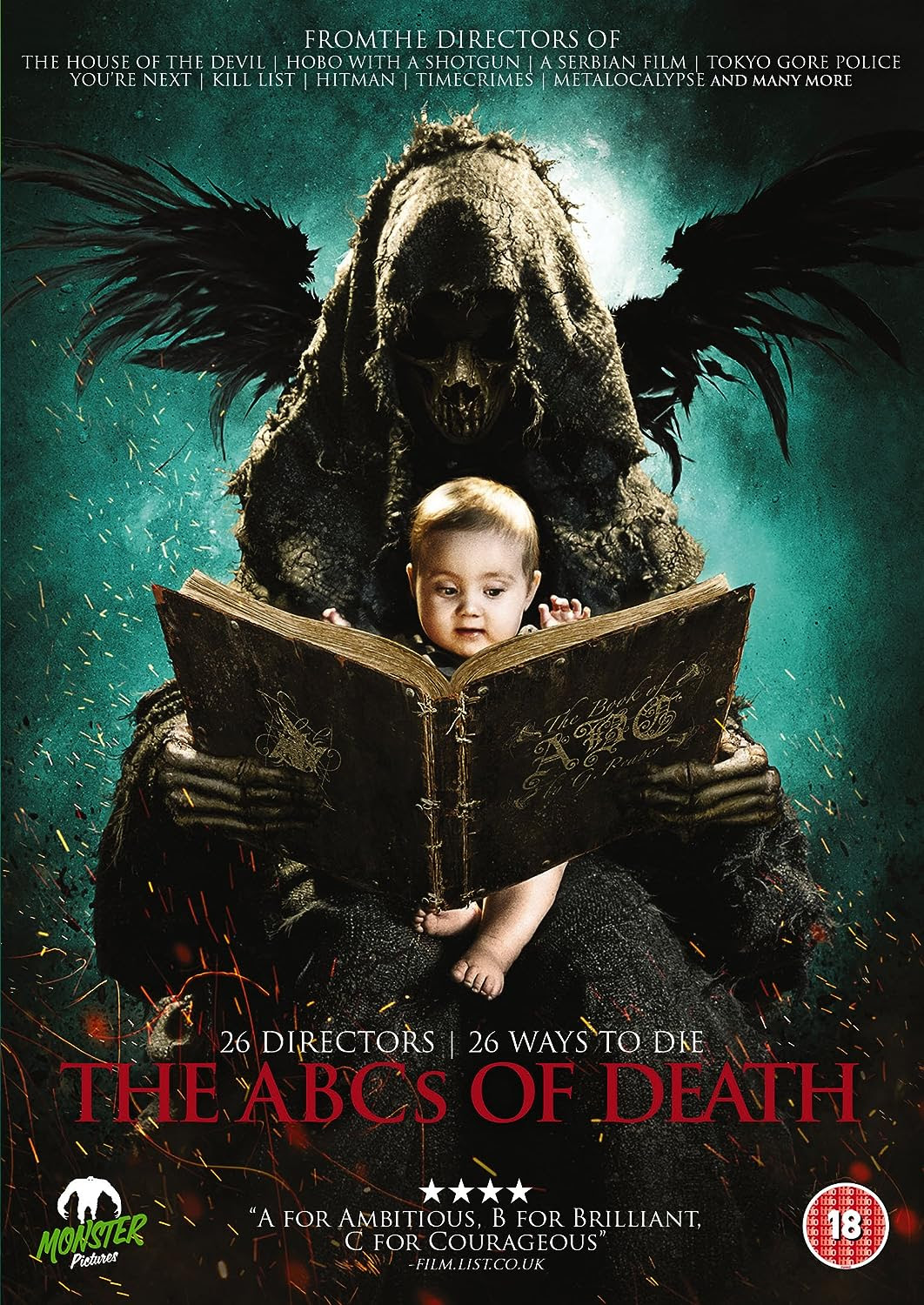 SYNOPSIS: The ABC s OF DEATH is perhaps the most ambitious anthology film ever conceived with productions spanning fifteen countries and featuring segments directed by over two dozen of the world's leading talents in contemporary genre film. Inspired by children s educational books, the motion picture is comprised of twenty - six individual chapters, each helmed by a different director assigned a letter of the alphabet. The directors were then given free reign in choosing a word to create a story involving death. Provocative, shocking, funny and ultimately confrontational, THE ABC s OF DEATH is the definitive vision of modern horror diversity. Monster Pictures are proud to present this alphabetical arsenal of destruction orchestrated by what Fangoria calls " a stunning roll call of some of the most exciting names in horror across the world. " Twenty-six directors. Twenty-six ways to die.


ABCs of Death is available from Amazon (I liked it)
Posted by Michael Brookes at 14:22