Nearly a year a go I first interviewed Ken Magee (you can read his original interview here), I recently caught up with him to see what he's been up to since then. You can find out in the interview below: 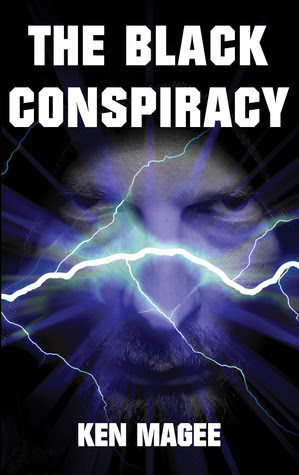 What has changed in your life since we last spoke?
I’ve decided I want to be an author! This means I’m abandoning my ambitions to be prime minister, a premier league footballer, an astronaut, a world class poker player, a film producer, an artist or a captain of industry.

So, authoring has become my full time dream… watch out world.

Have you leant any new wisdom?
Lots, for example, I now know that being an author is hard work, but it is incredibly satisfying.

I’m also gaining new wisdom everyday by reading widely. Every book read makes me a wiser man. Sir Terry Pratchett packs a lot of knowledge into his work, for example, “Give a man a fire and he's warm for a day, but set fire to him and he's warm for the rest of his life.” Okay, it’s not really wisdom, but it made me smile.

Have you become a better writer? If so, how?
I think I had my own ‘voice’ from day one, but some of the techniques I used to put my voice on paper left room for improvement. For example, my first book, Dark Tidings, has too much foreshadowing in it e.g. ‘If only he’d listened to the rumours he might have been better prepared for what lay ahead of him.’ Now I’ve abandoned presaging… or have I?

Some of my failings were highlighted by reviews and, it has to be said, fans. I discovered some of my other shortcomings myself as my writing style developed.

I’ve also read a lot about what is considered to be good practice as far as writing goes. I don’t take all the ideas on board, but I do consider them all. I don’t want to lose my voice, but I’m continually striving to improve as a writer.

As an experiment, I’m publishing Dark Tidings chapter by chapter on JukePopSerials.com. I’m revising each chapter before I submit it. I’ve only done seven chapters so far, but I do think the revised style is a significant improvement and is certainly much closer to the way I write now.

What are you working on at the moment?
I’ve just completed the first draft of A Darker Shade of Black. It’s the final book in my ‘ancient magic meets the Internet’ trilogy. I’m really pleased with the way it turned out, lots of things happened that took me completely by surprise. The characters definitely took on a life of their own and they essentially wrote the book… although I’m still going to take all the credit.

The draft has been sent to the publisher and I’m hoping he likes it as much as I do. If he does, I’d hope to see it released early October.

Tell us about your latest release and how we can find out more.
Dark Tidings was the first book in my ‘ancient magic meets the Internet’ trilogy. My last publication was book two of the series. It’s called The Black Conspiracy and it picks up the story exactly where Dark Tidings left off. Here’s the back cover blurb…

Ancient magic has transported Tung, a young thief, and Madrick, a has-been wizard, across a millennium. Now the magic has infected the Internet and civilisation simply can’t handle the consequences.

To make matters even worse, evil wizards have followed Tung and Madrick through time. They’re determined to hunt down and destroy the pair, and with them, our modern way of life. Saving the world just got a whole lot harder.

Do you want to laugh while the world comes to an end? The Black Conspiracy is the spellbinding, stand-alone sequel to Dark Tidings.

I think the trilogy flows better if people read the books in order, however The Black Conspiracy does work as a stand-alone novel. Details of both books can be found on my Amazon author page -http://www.amazon.co.uk/Ken-Magee/e/B006ISWTR0/ref=ntt_athr_dp_pel_pop_1