This is a weird film, it's based on true events (apparently) and explores how people will blindly obey authority. It's not a bad idea and starts with the manageress of a small fast food restaurant receiving a phone call from a police officer who explains that one of her staff has committed a crime. From that point he issues a series of quite frankly absurd  instructions which the manageress and some of the staff comply with.

I can't fault the film as such, the cast do a good job with what they have. It tells the story well and effectively, however the real problem is the stupidity of it. It's hard to comprehend how ridiculous the events are. Anyone with any sense wouldn't have obeyed if the policeman had been stood in front of them, let alone an unidentified voice over the phone.

So the film is fine, but I ended up shouting at the screen at the stupidity of it, so for your own sake I'd give this a miss, unless of course you like watching stupid people doing stupid things for no sensible reason. 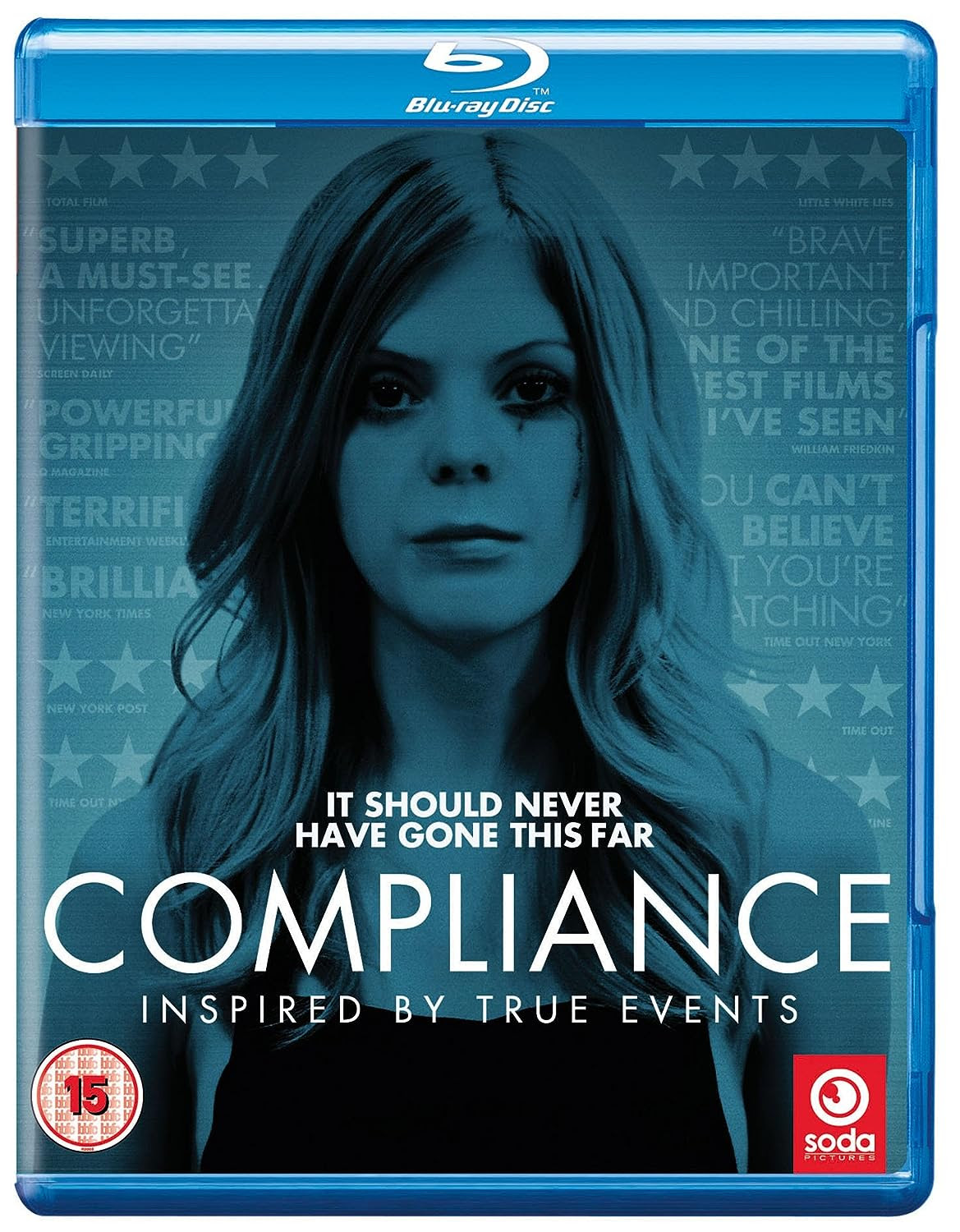 Based on over 70 incidents that took place in the USA, Compliance recounts this chilling true story in which the line between obedience and manipulation is hauntingly blurred.

On a particularly busy day at a Ohio fast food joint, high-strung manager Sandra (Ann Dowd - Garden State) receives a phone call from a police officer, informing her that an employee, a pretty young blonde named Becky (Dreama Walker of Gossip Girl & The Good Wife) has stolen money from a customer.

Convinced she's only doing what's right, Sandra commences the investigation, following instructions from the officer at the other end of the line, no matter how invasive they become. As we watch, we ask ourselves two questions: “Why don’t they just say no?” and the more troubling, "Am I certain I wouldn't do the same?"

The cast delivers startlingly authentic performances that make the appalling events unfolding onscreen all the more difficult to watch – but impossible to turn away from.

Compliance is available from Amazon (although I don't recommend it)

Posted by Michael Brookes at 19:40