I first interviewed James Forrest back in April (you can read the original interview here), I recently caught up with him to see what he has been up to since then, you can find out more below:
﻿ 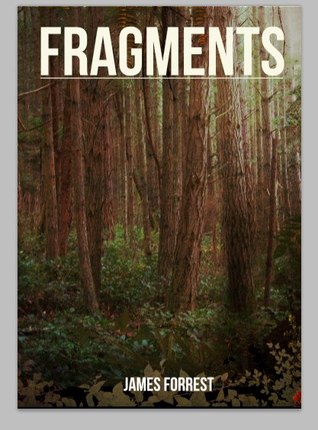 What has changed in your life since we last spoke?
When we last spoke I had just published Fragments, my book of short stories. Since then I've also published Believers, my first novel. It's sold a small number of copies (as has Fragments) but, in the UK at least, the reviews have been excellent. US reviews have been in very short supply, and I'm unluckly in that the one existing US review for Believers was from someone who couldn't get into the story cause it's not his type of book!

That aside, I have just started publishing magazines; one on Scottish music and another on cool TV shows, movies, video games etc with my digital publishing company LBM Publishing. I'm also writing my second novel, which is going really well.

Have you learnt any new wisdom?
Oddly enough, in the course of writing my new novel I've rediscovered an old wisdom. I am trying to get it down as it unfolds in my head, but I'm not trying very hard. I know roughly where the book is going, and I've had the end for about three months now, a very dark ending, a very visual ending, but I am not forcing the story to get there. It's evolving very organically. At first I was labouring mightily to keep it on a certain track, but the characters are unravelling as the situation described begins to unravel, and I'm at the point now where I'm just letting that happen, and going with them rather than trying to direct things.

That's part of why I'm enjoying it so much. It really is a clusterfeck of a situation, and the characters are reacting to it in ways that feel real to me. Nothing is forced.

Have you become a better writer? If so, how?
If I've become a better writer I think it's because I am doing it every day again, but in truth I think where I really have gotten better is in that I've actually started to develop a grudging love for reviewing and rewriting. Oh, I am not doing it as I go, I am not touching the book until it's finished and it's been put away for a couple of weeks at least, but as I read over what I've written I can see all the places where I will need to rewrite and revise, and for the first time ever I am not dreading that prospect. Reading over the published draft of my first novel Believers it's clear to me that it's a better book - by far - than what it was before I worked on it, and that's why it won't be such an almighy chore next time.

What are you working on at the moment?
I am presently working on my second novel, about a bio-terrorist attack in the UK. I genuinely believe if I can keep hold of the story it will be an excellent piece of work, the kind of book I would buy without reservation. In the end, as all writers should, I write for myself as much as for any audience and it's the kind of novel I would get a lot of pleasure out of reading.

The book is called A Pocket Full Of Posies, which most of your readers will recognise immediately. There have been pesistent rumours about Ring-A-Ring-O-Rosies being about the Black Death, but it appears to be a myth. Nevertheless, I do find the words to be compelling enough to name my novel after them.

The ring-o-ring-o-roses was supposed to be a reference to a rash, to the first onset of the disease. The pocket full of posies were meant to be a reference to an old wives tale, a herbal rememdy which was supposed to keep the disease at bay, or cure it. The tishoo-atishoo ... and we all fall down ... well that's pretty self explanatory, it seems to me. I have split the book into four sections as per those lines, and I'm actually midway through Part 2 right now (the Pocket Full of Posies) which concerns itself with the government's early efforts to contain the outbreak to a single city.

Tell us about your latest release and how we can find out more.
Both my published books, Believers and Fragments, are available on Kindle right now, priced quite reasonably (I think!), and my second novel should be finished by early next year.

My magazines are a different story, and can be read by clicking the respective links at www.lbmpublishing.com

Books by James Forrest on Amazon:

Posted by Michael Brookes at 13:31