I enjoyed the first two Bioshock games a lot, this third game follows a similar pattern to the previous games although rather than being set in the undersea city of Rapture (I'd love to play a game set in Rapture at its height) it takes place in an even more unlikely city called Columbia up in the clouds.

The game also follows a familiar pattern with the gameplay, it's a first person shooter but you also have the ability to use certain powers although essentially are just a different type of weapon. There's a wide range of weapons to play with, although they do follow the usual spread for FPS games.

The strength of the game ironically isn't in the gameplay (although that is solid enough), it tells an interesting and well crafted story. The story starts on a rowing boat heading towards a lighthouse far out to sea, a scene reminiscent of the first game. From there you arrive in Columbia and those first steps through the temple are some of the most beautiful I've seen in a game. You're there to rescue a girl and while that might seem like common game fodder it does get more interesting as you progress.

Oddly I wasn't as impressed with the city as I was when I first saw Rapture. It's pretty and makes for an unusual setting, but somehow it just felt like it was lacking something.

When you do rescue the girl she joins you as a companion for the game and here was something refreshing an AI partner that is actually useful during the game rather than being an annoying burden.

Overall I enjoyed the story more than the game, although the game was pitched at a level that meant that I always felt like I was making progress and interacting with the story. It's not as good as the first game, but on balance on par with the second. It's a decent shooter in a very well made wrapper. 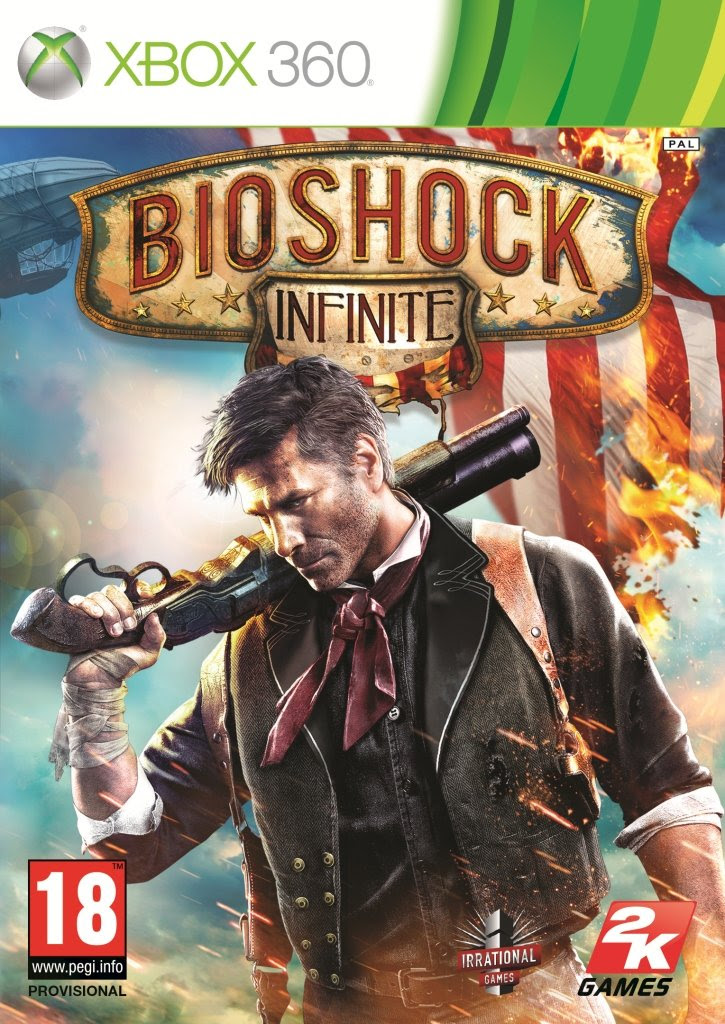 Developed by Irrational Games, BioShock Infinite won more than 75 editorial awards at E3 in 2011, including the Game Critics Awards’ Best of Show. The title has been named one of the most anticipated games of 2012 by more than 50 media outlets, including WIRED, USA Today, TIME, GameSpot, and GameTrailers. The BioShock franchise is one of the interactive entertainment industry’s most successful and critically acclaimed series, which has sold-in over 9 million units worldwide.

BioShock Infinite puts players in the role of Booker DeWitt, a hard-bitten former Pinkerton agent, together with the revolutionary AI companion, Elizabeth. The two struggle to escape the sky-city of Columbia, in a 1912 America that might have been. Armed with an arsenal of new weapons and abilities, they face menacing enemies, in unique expansive environments. Classic BioShock gameplay joins innovations such as aerial combat on high-speed Sky-Lines in the service of an immersive storyline – an Irrational Games signature.

Bioshock Infinite is available from Amazon (and is an excellent game)
Posted by Michael Brookes at 20:45