I'd heard many terrible things about this film before watching it, almost enough to make me not bother, but I'm a sucker for sci-fi blockbusters so I gave it a try. The good news is that it's not a bad as I'd heard, the bad news is that while it's reasonably entertaining it's far from a good film.

At its heart this is an Independence Day type of affair and while it tries to take itself more seriously any purists watching it would be cursing the poor science of it. Unfortunately it's not as much fun as Independence Day either, however it's more modern visual effects do provide some stunning scenes.

The story is simple, aliens attack Earth and are beaten off with a nuclear attack that irradiates vast regions of Earth, rendering it unihabitable. Most of the survivors ship of to a colony at Titan, but two stay behind to protect essential assets needed to support the far off colony. Remnents of the invading aliens still survive on the Earth's surface and are trying to hamper the operation.

Things aren't quite what they seem and the story really unfolds from there. It's fairly predictable as to where the story is heading, but the journey isn't too bad. The cast all do a reasonable job with their roles, but there's nothing inspired about any of it. It's a sci-fi blockbuster that goes through the motions, an ok watch, but nothing more. 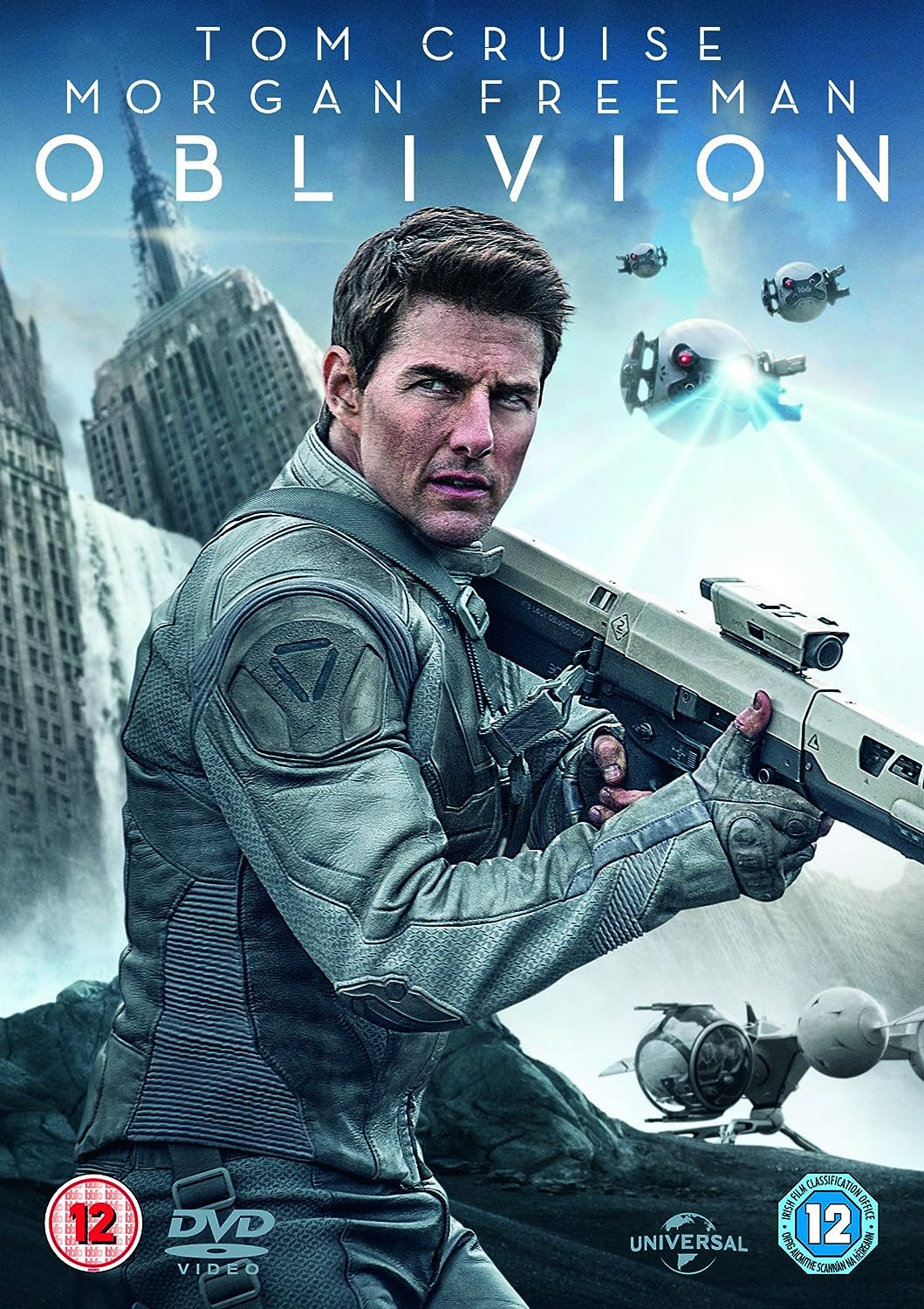 Tom Cruise stars in Oblivion, an original and groundbreaking cinematic event from the director of TRON: Legacy and the producer of Rise of the Planet of the Apes. On a spectacular future Earth that has evolved beyond recognition, one man’s confrontation with the past will lead him on a journey of redemption and discovery as he battles to save mankind.

Jack Harper (Cruise) is one of the last few drone repairmen stationed on Earth. Part of a massive operation to extract vital resources after decades of war with a terrifying threat known as the Scavs, Jack’s mission is nearly complete.

Living and patrolling the breathtaking skies from thousands of feet above, his soaring existence is brought crashing down when he rescues a beautiful stranger from a downed spacecraft. Her arrival triggers a chain of events that forces him to question everything he knows and puts the fate of humanity in his hands.

Oblivion is available from Amazon (and is an ok watch)
Posted by Michael Brookes at 09:21