I'll admit from the start that I'm not a big fan of serialised novels, the main problem is that you get so far into them and then they just end, there's no closure for the story you've just read. While I understand the process is intended to draw you into the next book it doesn't always do that, anything you read should have a sense of completion as it draws you into the next one.

So that is an issue with the story, although the story itself does get off to a good start. It centres around the Bruton Inn where dark events unfurl and here the author does show some flair. The story in the first part doesn't evolve a great deal, but does provide a taste for what could happen.

The writing is pretty good, but doesn't really stand out and unfortunately is marred by a number of editing errors. At the very least it needs another proofreading pass, it's not riddled with errors, but there were enough to spoil my enjoyment of the book.

In conclusion it shows some promise and I'll probably check out the second part at some stage to see how it evolves, but it could really have done with more polish before release. 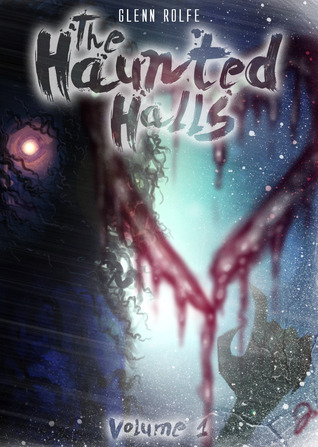 What lies in wait at the Bruton Inn? Where did it come from? What does it want? People are checking in, but the little voices, the nightmares,the deep cold sinking into their marrow is changing them. What haunts these halls will alter those within its confines. Something big is unfolding, something dark- something evil. The haunted halls of the Bruton Inn welcome you. Checking in?

The Haunted Halls Volume 1 is available from Amazon (and it's an ok read)
Posted by Michael Brookes at 13:01