I first interviewed Laura Susan Johnson back in April (you can read the original interview here), I recently caught up with her to see what she's been up to since then, you can find out more below:﻿ 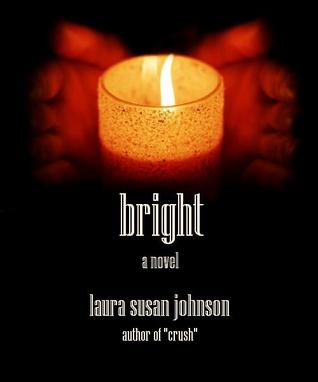 What has changed in your life since we last spoke?
We last talked in April I believe...In June I learned some scary stuff about my health, which made me more determined than ever to make sure my 2Nd book was finished and released as soon as possible. I don't have any solid diagnoses yet, but just the health scare motivated me in a good way :)

Have you learnt any new wisdom?
I have enjoyed the reviews I've gotten over the past year or so for Crush (my first book). Even one very negative review ended up being amusing rather than soul-crushing LOL I have learned that different people react to the same book or movie or whatever in different ways. I also learned that people have different opinions and levels of toleration for certain things. I can't watch certain paranormal/horror films without being triggered into panic attacks. Some people will have that same reaction to the child or animal abuse in Crush, so it might not be a good idea that every single person out there read it.
Have you become a better writer? If so, how?
I don't know if I've become a better writer as much as a better listener. It's pretty much a consensus about Crush being quite a long read, with lots of repetition and much content that is disturbing, controversial and sensitive. I knew when I began to write book #2 that I didn't want to write another "Crush". Crush is a very unpleasant book in many ways. I covered that ugliness and now I'm moving on to other things to talk about that I find important.

What are you working on at the moment?
I just published my 2nd novel "Bright" to Smashwords the other day and sent it in to my UK publisher as well. After a bit of a rest, I'm gonna write a couple of short stories and work on a compilation. My books will all be interconnected. Bright is a sequel of sorts to Crush because of character connections.

Tell us about your latest release and how we can find out more.
Bright is a gay romance/erotica taking place in the state of Idaho. In 2008, 2 men meet under very extraordinary conditions. They end up falling in love and getting married. Some years later, they decide it's time to start a family, and one of their best friends agrees to help them. They end up facing a series of tragedies and discoveries that will test their marriage and friendships.

the official site to my new book Bright is:
http://bright-the-book.snack.ws
Posted by Michael Brookes at 13:22