Blog Tour Stop - In the Beginning by Abby L. Vandiver

As part of her blog tour supporting the recent release of 'In the Beginning' I have interviewed Abby L. Vandiver, find out what she has to say as well as details of her new book below: 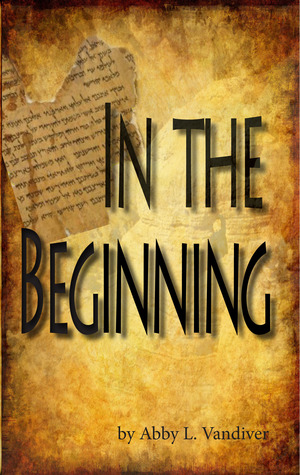 In the Beginning
An Amazon #1 Best Seller

Not fast paced or action packed, In the Beginning is thought provoking and a page turner. Set in 1997, it follows Biblical Archaeologist Justin Dickerson, who is unhappy with her life in general and has decided to run away from her problems. Intervening, her mentor asks that she go with him to the Fifty Year Jubilee commemorating the finding of the Dead Sea Scrolls in Jerusalem. There she finds that in 1949 Jerusalem some of the 2,000 year old manuscripts, hidden in clay pots in the caves of Qumran, may have been destroyed.

Justin, obsessed with this revelation, is determined to get to the bottom of the deceit. Uncontrollable emotion takes hold of her, and family and faith help guide her as she unfolds the truth of Earth's ancient mysteries discovering what really happened In the Beginning …

In the Beginning is available from Amazon

Please introduce yourself, who are you and what do you do?
My name is Abby L. Vandiver and I am a writer. I write and promote my book full time. I used to practice law and was a professor of Economics. But that was in my former life.

What first inspired you to start writing?
It is just something I like to do. I never aspired to be a writer, it just kind of fell in my lap. I found that I was good at writing, and always had been good at storytelling. So, it was a natural path for me to follow.

Your book 'In the Beginning' is a religious themed thriller, what made you write that particular story?
Actually, I don’t think that it’s not a religious themed thriller, many people do say that it is, however. In the book, the main character, Justin Dickerson is a Biblical archaeologists and she is a Christian. But as Justin tells her brother, Greg in the book, “It’s not about God, Greg. It’s about science.” That’s why I’ve picked mystery and sci-fi as the categories. But, I do think that people that read Christian fiction will enjoy the book as well.

If you could spend a day with anyone from history, who would it be and why?
I think that would be Albert Einstein. He did poorly in math in high school and then became a Nobel Laureate in a category that relied heavily on math. I would love to hear what he had to say on just about any subject.

What is it about your stories that makes them stand out against the competition?
I think that the premise in my book is unique. I challenge anyone to show me another book or movie that has the same idea. And, I think because I mix fact with fiction, giving plausible reasons for ancient mysteries that readers are familiar with, it provokes thought in the reader long after they’ve finished the book.

What is your favourite song lyric?
Oh, I have many, but what comes to mind now are the words to This Old of Mine by the Isley Brothers.

What was the last book you read?
The last book I read was The Eleventh Hour: The Enlightened Ones Book I by Kathryn Dionne. It was an Amazon #1 Best Seller as well. It is a very interesting read, and as part of a trilogy, I am looking forward to reading the next two books.

What are you working on at the moment?
I’m working on the sequel to In the Beginning. It’s called The Westbury End Book Club and will be a suspense/thriller. I’m very excited about it as it follows Justin and she uncovers the lost knowledge of our ancestors. Check out my website, www.abbylvandiver.com under the Books & Biography tab to learn more.

In the Beginning is available from Amazon
Posted by Michael Brookes at 12:49