This is probably my favourite Disney film, that's not to say that it's their best, but it's always a pleasure to watch this film. I'm a big fan of the book and the story in it's many guises over the years and while this is far from a faithful recreation of the story it is a magical film to watch.

For anyone who doesn't know the story, it is about Alice, a young girl who is bored by her studies and wishes herself into a land of nonsense, a wonderland. She follows a white rabbit into this strange place and the story is about her trying to catch the rabbit. Her adventures mean that she meets a range of unusual characters.

In some ways it lacks the quality of some of Disney's other big films, it has some weaker moments through the film, but the high points are pure gold. The tea party, painting the roses red and the walrus and the oysters all stand out as great moments, with some fun songs to go with them. It does mean that it can feel a little disconnected in places.

The whole film is filled with charm and does maintain some of the craziness of wonderland, although it does tone down some of the peril. Alice herself is interesting and well voiced as are the rest of the cast. A lovely film and one I'll continue to watch again and again. 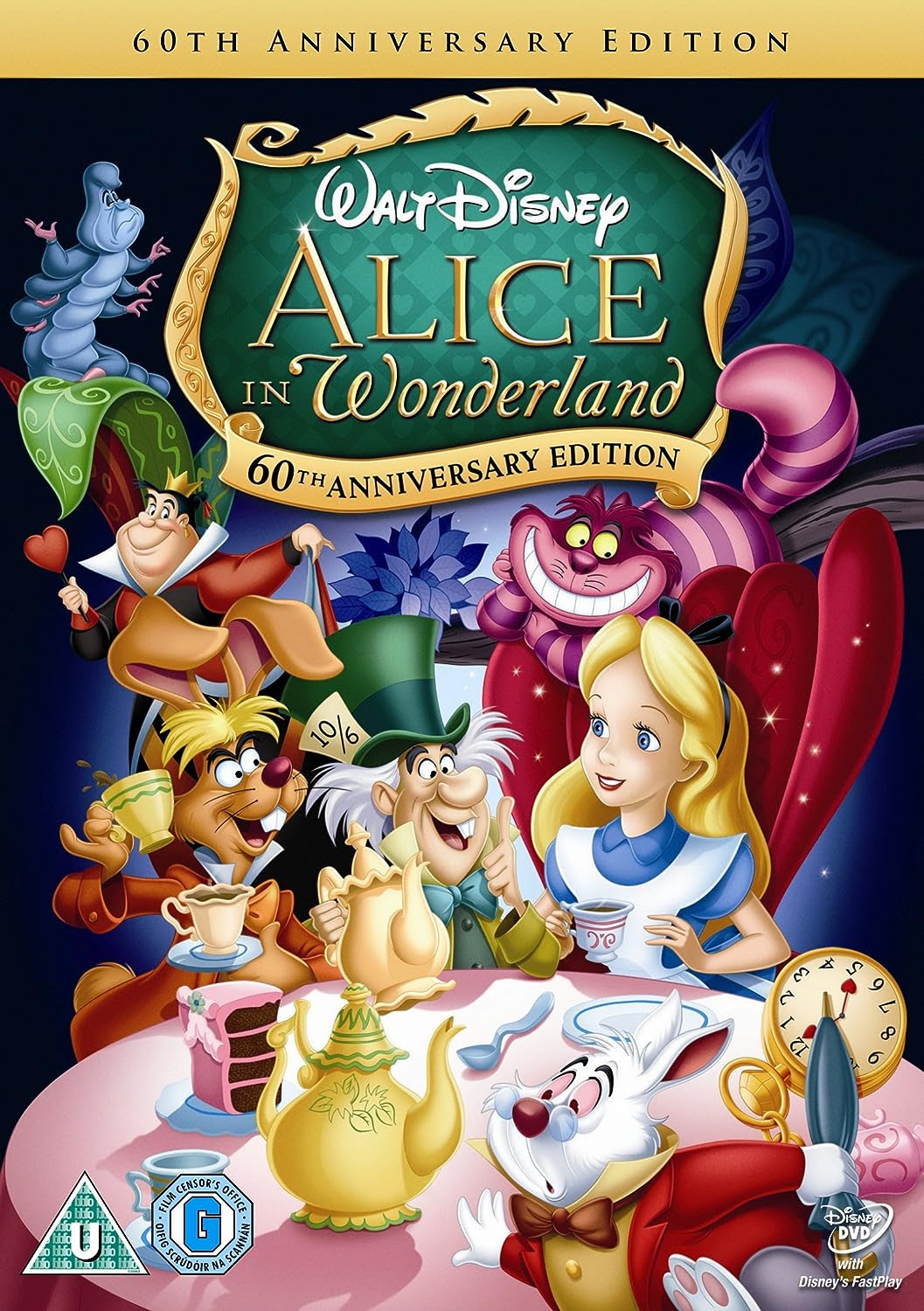 Based on the 1865 book by Lewis Carroll, this is the classic Disney animated version of Alice's adventures as she follows a white rabbit into a 'Wonderland' of her own imagination. On her journey, she encounters the Mad Hatter, the Cheshire Cat, and a host of other beloved characters brought to life with the usual Disney zest. Combining stellar animation with upbeat songs such as 'I'm Late', ALICE IN WONDERLAND garnered an Academy Award nomination for 'Best Scoring of a Musical Picture'.

Alice in Wonderland is available from Amazon
Posted by Michael Brookes at 15:20