In today's guest author interview we welcome fantasy author Alexandra Butcher, find out what she has to say below:
﻿ 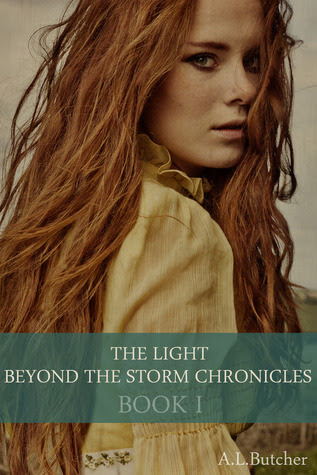 Please introduce yourself, who are you and what do you do?
I am Alexandra (Alex) a British author from the South West UK, although I was raised in Bucks. I also work in administration, which is not nearly so much fun as writing.

What first inspired you to start writing?
I have been writing on and off for years. Even at school I always liked to read, and from that write. I was usually the one who had to come up with the poem or short story for the school event. Always an imaginative child I used to enjoy making up world and adventures and that continued into adulthood including writing characters and adventures for RPG games such as Warhammer, Vampire and Star Wars

And what attracted you to writing fantasy?
Fantasy is such a versatile genre and the opportunity to create wonderful worlds where anything is possible is such a great feeling. I always liked the legends and myths of old, including studying the Ancient Greek poet and storyteller Homer. As I child I read the Chronicles of Narnia, saw stage adaptations and they were always enthralling. I love to read fantasy, amongst other genres, and the worlds are so varied and so entertaining. It is pure escapism as it best.

If you could work with any author, who would it be?
Sir Terry Pratchett. He is so funny and so down to earth. Even now when he is battling with Alzheimers disease he retains a wicked sense of humour and continues to write.

What do you enjoy most about writing?
Losing myself in a story and creating new people and new worlds.

And the least?
Grammar, I think. Grammar rules are not consistent and seem to change over time and even region. It is difficult to keep up, some of the guides are very useful but often I find it quite confusing.

If you could turn any book into a film, which would it be?
The Simarillion. I read that for the first time earlier this year and it is wonderful. There is so much lore and so much history in such a vivid world. It also explains a great many unanswered questions from Lord of the Rings and the Hobbit.

What are you working on at the moment?
I have just started Book 3 of the Light Beyond the Storm Chronicles, my adult dark fantasy series.
I am also working (slowly) on a collection of short stories from the same world. I am also working on some dark fairy tales.

Tell us about your latest work and how we can find out more.
Both Book 1 and Book 2 of the Chronicles are available on Amazon as e-books and print. Book 1 is also available in the Smashwords Premium Catalogue (Barnes and Noble, Kobo, I-store etc.)

The setting is a dark world where magic is illegal and elves are enslaved. The land is run by the corrupt Order of Witch-Hunters and even many of the humans live in fear of them. Book 1 follows a young female elven sorceress who flees from the house of her wicked master into a world of which she has no experience and which holds a great deal of danger for one such as her as she soon discovers.

Then we have a mysterious nobleman who is not all he appears, befriending the young elf together they embark to save an elven child who has been kidnapped by slavers from a small elven village within the borders of his lands. Romance blossoms between them, but the path is not easy and the nobleman risking much in helping her and the elves.

Book 2 – The Shining Citadel - follows the same characters plus a couple of new ones as they embark to find The Shining Citadel, an ancient elven city which has been lost in magic and myth for centuries. Believing it to hold many secrets they deem it worthwhile to risk the search. Of course not everything goes as planned, there are traps, monsters which were thought long gone from the world, deception and on top of it all terrible storms and the problems of simply needing to survive in unknown and often unforgiving terrain. Much is revealed during the course of the adventure, much of it unwelcome, but truth is often painful.

Books by A. L. Butcher on Amazon: