This book managed to deceive me (in a good way!), at the beginning I thought 'nice idea', but it had a bit of a trashy feel to it, as if pitching at the lowest common demoninator. However as I progressed I realised there was an interesting and quite philosophical thinking going on beneath the text. I appreciated it even more by the way it kept it as subtext hidden beneath a gamey and fast paced action story. Unfortunately it slightly spoils it by explaining everything near the end, but it still felt satisfying.

The story is set in a dystopian future where population overcrowding means that many people spend most of their time in virtual space. This future is described in an interesting and plausible way. One of the key areas is entertainment, in particular online and competitive gaming. These future games are of a calibre only dreamed off with present day technology.

Everything centres around a young man who prefers the virtual world to the real one and thanks to his skills is invited to a beta test for the new version of his favourite game. This new vision is an order of magnitude advancement on the previous version, but the players encounter a problem, they cannot log out. From that point it is a race against time for them to find a way out of the game before their real bodies die in their e-wombs.

It's certainly a fun idea and well executed, it's a quick and gripping read. I figured out what was going on very early in the story, but that didn't ruin my enjoyment. Once aspect I did find interesting was the authenticity of the gaming action, it had a surreal element to it that works in the context of actually experiencing the illusion of a game with all of your real senses. All in all a fun read and worth checking out. 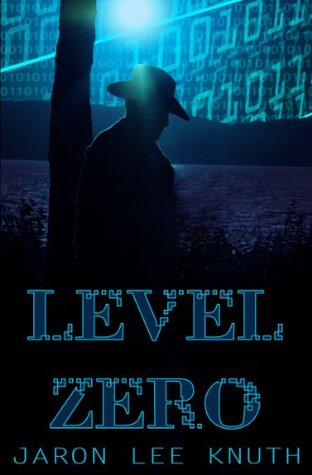 When the never-ending wars, pollution, and overpopulation of the near future have caused the outdoors to become uninhabitable, the government is forced to create a new world, a virtual existence that allows civilization to continue. Shopping malls, schools, concert venues, and religious gathering places all exist in the infinite confines of this new reality, yet the most popular domain for most teenagers is the one that houses the endless array of digital games.

When the sequel to a popular title is released to the public for a special beta test, a group of players eagerly log in to try out the new experience. What seems like harmless violence quickly turns all too consequential when the players realize the game's biggest error: They can't log out. Forced to battle their way through an endless army of monsters programmed to kill their avatars, the players must fight against the clock and find a way out of the game before the real world catches up to them.

Level Zero is available from Amazon (and is a decent read)
Posted by Michael Brookes at 13:53