In today's guest author interview I welcom Loukia Borrel, you can find out what she has to say below:
﻿ 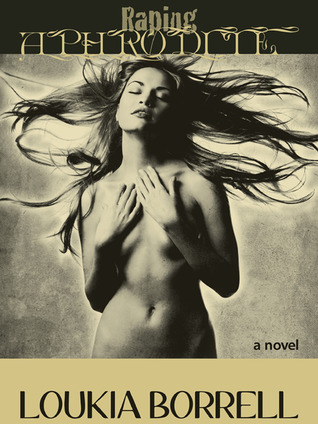 Please introduce yourself, who are you and what do you do?
My name is Loukia Borrell and I wrote "Raping Aphrodite," a novel set, in part, against a violent coup on Cyprus in 1974. My parents came to America in 1952, but a lot of our relatives were still living in Cyprus when the island was invaded. My maternal grandparents were killed and many other relatives became refugees. I was born in Toledo, Ohio, and was raised in Virginia Beach. I graduated from Elon University with a bachelor's degree in English and journalism. For about 20 years, I worked as a journalist at newspapers and magazines. I started working on my novel in 2009 and self-published it a couple of years later. I am married and have three children, ages 10 to 15.

What first inspired you to start writing?
I have always kept a diary and made pretty good grades in English classes when I was in school. By the time I got to college, I decided to major in English and journalism. I also was editor for my college newspaper. I spent about 20 years working as a journalist for newspapers and magazines. In 2009, I started writing "Raping Aphrodite," after helping my oldest daughter with an English assignment. She had to put a fictional character into a real world event, so she chose the 1974 invasion of Cyprus. I thought, you know, I should try this, and a year later I was finished. I spent another year rewriting and looking for a publishing house. When all that didn't work, I went ahead and self-published the ebook in late 2011 and the paperback in 2012.

What is the last book you read?
"Wedding Song," by Farideh Goldin. It is a memoir about growing up in a poor Jewish family in pre-Revolutionary Iran and how she fought her family for the chance to make a life for herself in the United States.

Where do you like to write?
I have a gold loveseat in my dining room. I like to sit there to read and write. I also have a green one in my bedroom. I'm usually on one or the other.

What is your favourite song lyric?
"When a problem comes along, you must whip it." - Devo. Of course, there are a lot of song lyrics I like, but that one seems to sum up how to handle challenges the best.

Which author do you most admire and why?
I really don't have a favorite author. I think it is fair to say I read a wide variety of books and admire many authors who have the courage to put their feelings, experiences and imagination into a book.

What advice would you give new and aspiring authors?
Never, never, never, ever, ever give up. On the worst days, when you have no sales and no one seems interested in your work, those are the times you have to put pen to paper. Just keep going. Most success is based on persistence.

What are you working on at the moment?
I am finished with the first draft of "Delicate Secrets," the prequel to my current book, "Raping Aphrodite." I will be releasing it on Amazon and NookPress in late 2014 for Kindle and Nook, and as a paperback in early 2015.

Tell us about your latest work and how we can find out more.
"Raping Aphrodite" is my current book. It is really two story lines. The first involves a young married couple. They live in the United States and come across some artifacts from Cyprus. They own an art gallery and the idea comes up to exhibit the pieces. As they begin to research Cyprus, they begin to realize the woman, Tash Colgate, has ties to the island she didn't know about. Her husband figures out she has a hidden identity and has to figure out how to handle that situation, which threatens his marriage. The second story line involves a young American who has been taken hostage in Cyprus during the 1974 invasion and division of the island. She escapes and begins to walk to safety for the rest of the people in her group. At the end of the book, both story lines converge. You can see the book on Amazon at http://www.amazon.com/Raping-Aphrodite-ebook/dp/B0063W6KMG and at NookPress at http://www.barnesandnoble.com/w/raping-aphrodite-loukia-borrell/1107015445?ean=2940013213432

Raping Aphrodite is available from Amazon
Posted by Michael Brookes at 13:47