I enjoyed watching this a lot. The film tells the story of a man trying to write a screenplay for a film called Seven Psychopaths. Alongside this a various parallel threads that converge to an interesting climax. The film is a joy to watch, each of the characters bring something new and entertaining to the mix.

That is what I liked about the film was watching the characters in action. Christopher Walken is always fun to watch, here as an old guy kidnapping dogs is no exception. Colin Farrell as the drunk writer is the glue that holds it all together. Woody Harrelson deserves a mention for his role as the crime lord whose dog is stolen.

It's funny and in some places silly, but it's also fun and full of charm. It doesn't really matter where it goes, it's enough to enjoy the ride. 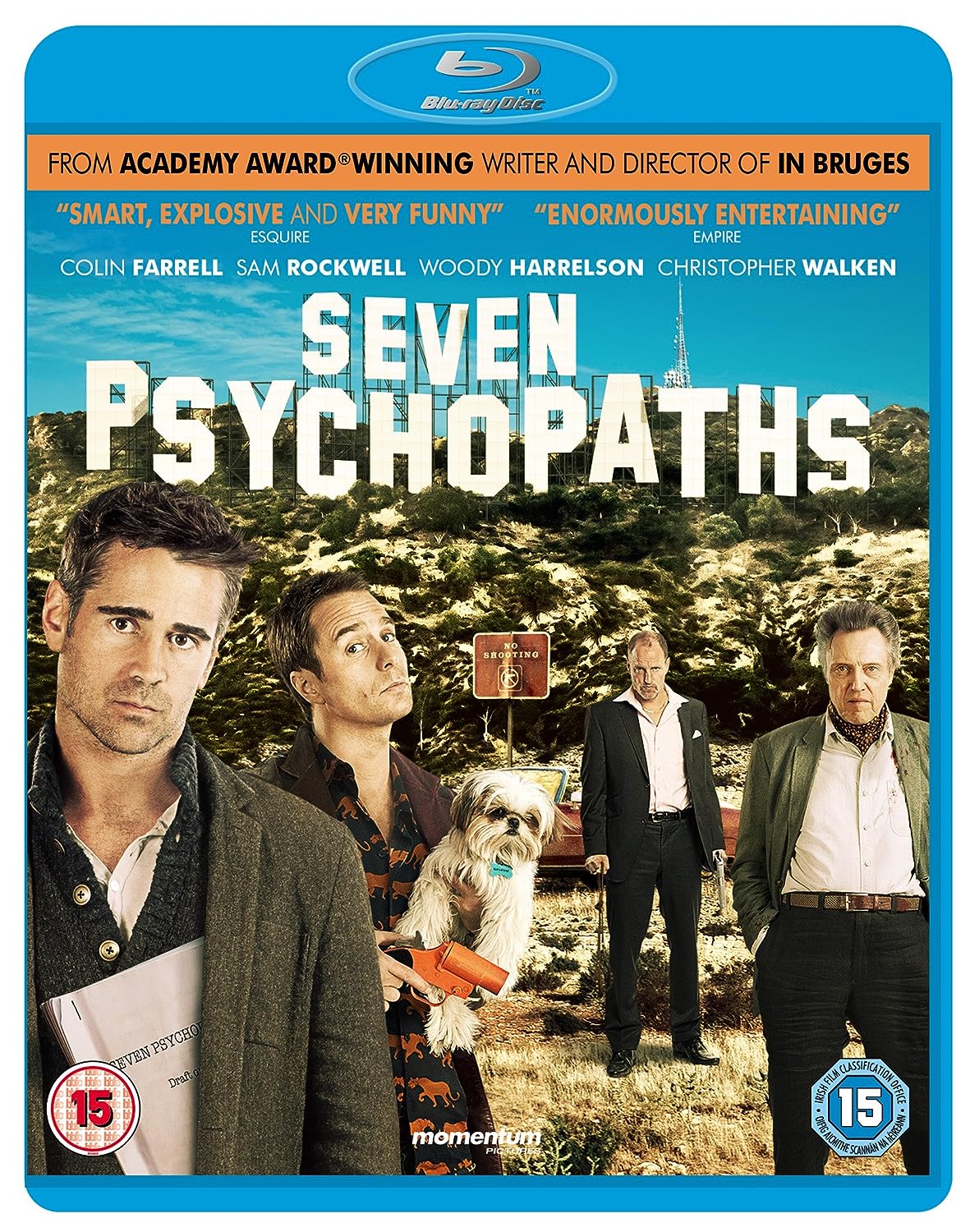 Irish filmmaker Martin McDonagh writes and directs this crime caper. Colin Farrell leads the cast as Marty, a struggling screenwriter who finds himself entangled with the least desirable elements of the Los Angeles criminal underworld after his best friend Billy Bickle (Sam Rockwell) carries out an ill-fated dognapping scheme, stealing a Shih Tzu belonging to sadistic criminal kingpin Charlie Costello (Woody Harrelson). Christopher Walken, Tom Waits and Abbie Cornish co-star.
Seven Psychopaths is available from Amazon (you should give it a watch)

Posted by Michael Brookes at 16:59