This is a fun film, not one of Tarantino's best, but well worth a watch. Jamie Foxx plays a slave freed by a bounty hunter and they team up to try and free his wife who is still being kept as a slave. Don't be confused by the cover, this isn't a western (although it has western film elements).

It has a lot of humour throughout and is a strange mixture of silly and serious. For the most part the balance is spot on, but in places it makes the film drag a bit. Django is a decent character, a little bit larger than life, but the bounty hunter who rescues him at the beginning stole the show for me. He is a lot of fun to watch.

Leonardo Di Caprio does a good turn as the Southern plantation owner, but Samuel L Jackson plays his usual character as the main house slave. It works really well. All in all it's a recommended watch. 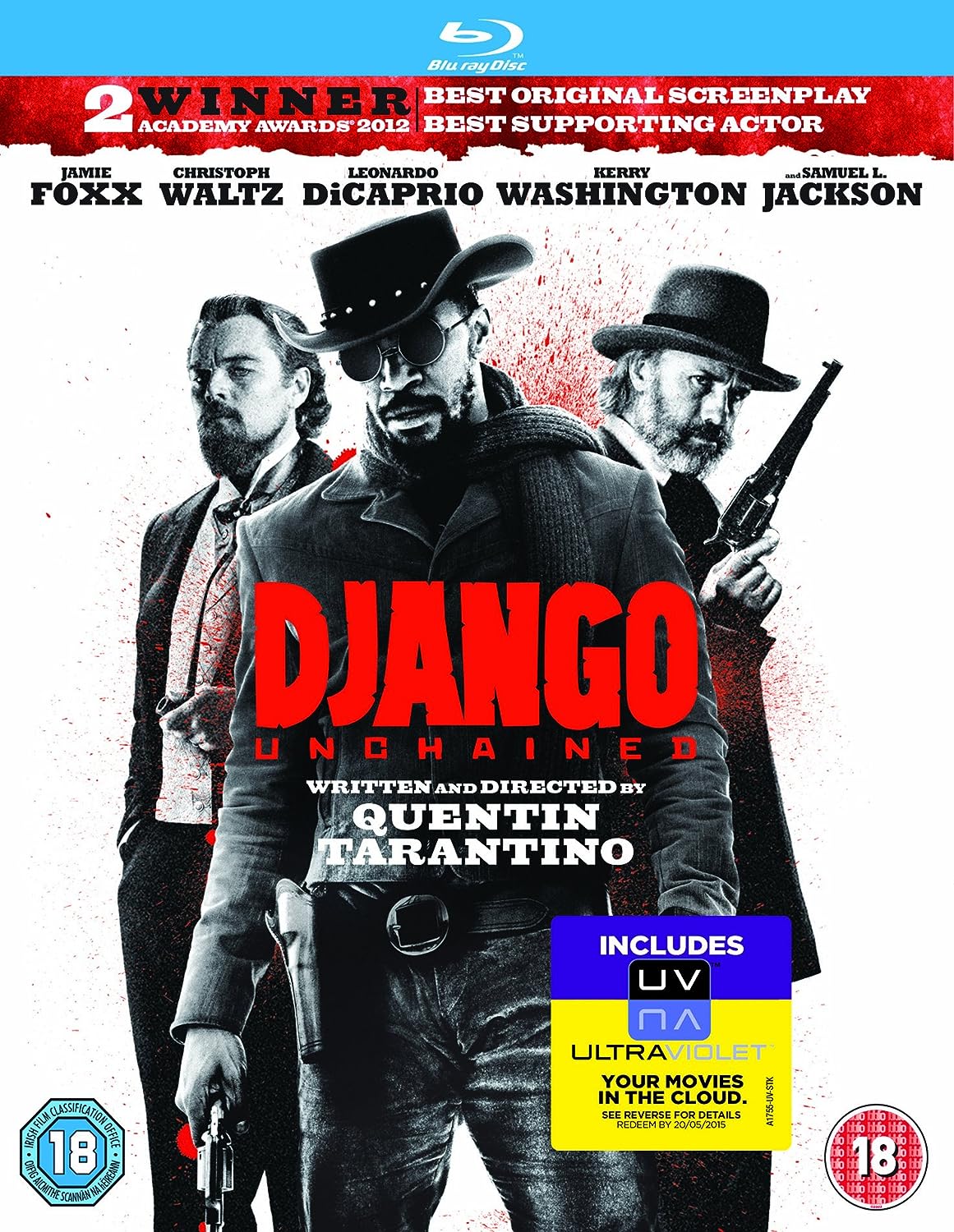 Django is a freed slave, who, under the tutelage of a German bounty hunter, becomes a bounty hunter himself. After taking down some bad guys for profit, they track down Django's slave wife and liberate her from an evil plantation owner.

Django Unchained is available from Amazon