I enjoyed watching this a lot. It's a nice simple idea, Frank is an old cat burglar who is struggling with the onset of dementia. He has trouble looking after himself and is losing his memory. His son is trying to get him into a home, but Frank refuses, so the son buys him the latest in robot helpers. The robot is programmed to improve Frank's help, but initially Frank is hostile to the idea.

The film progresses in a gentle manner, Frank warms to his new companion and starts teaching it some of the tricks he learnt in his days of crime. The film is about Frank's relationship with the robot, in parts it reminded me of the better parts of AI. The robot's character is on the face of it a simple one, it obeys it's programming, but is quite clever in how it resolves conflicts in the decisions it has to make.

It's a gentle film, but a lot of fun to watch and even manages to provoke some thoughts and a few chuckles. The performances from the main characters are all solid, although some of the supporting cast aren't great, but not bad enough to spoil the film. A recommended watch. 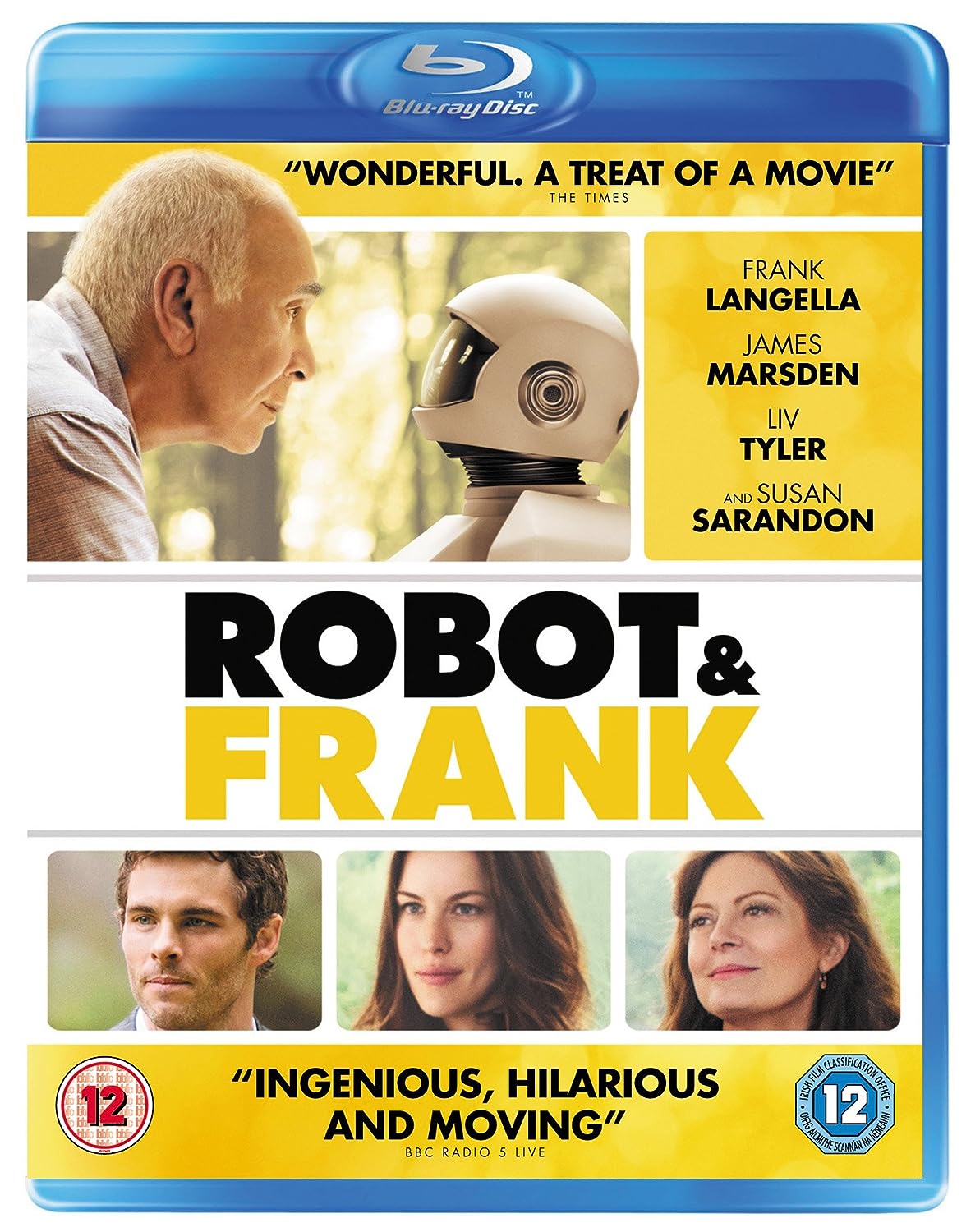 Set in the near future, Frank, a retired cat burglar, has two grown children who are concerned he can no longer live alone. Against the old man's wishes his son buys Frank a walking, talking humanoid robot programmed to improve his physical and mental health.

Slowly, and with a fair bit of reluctance, Frank begins to accept his new digital companion, seeing an opportunity to use Robot's unique skills to try their luck as a heist team.

Robot and Frank is available from Amazon (and well worth watching!)

Posted by Michael Brookes at 19:45