This is Sam Raimi's prequel to The Wizard of Oz, it tells the story of how the great wizard and the wicked witch came to be. It's not a bad effort, although it would have to be something special to compare to the classic film, unfortunately this is not special.

The story is predictable (not just because it is a prequel!), the cast do a reasonable job, but they don't shine in any way. The CG is ok, it suits the film, but again it doesn't stand out in any way.

Don't get me wrong, it's not a terrible film by any means. What is done well is the realisation of the world. Here the CG does stand out it, it's a magical world that is full of wonder and charm. And you can't go wrong with an army of flying baboons.

All in all it's worth a watch, but don't expect greatness, but it does manage reasonably entertaining. 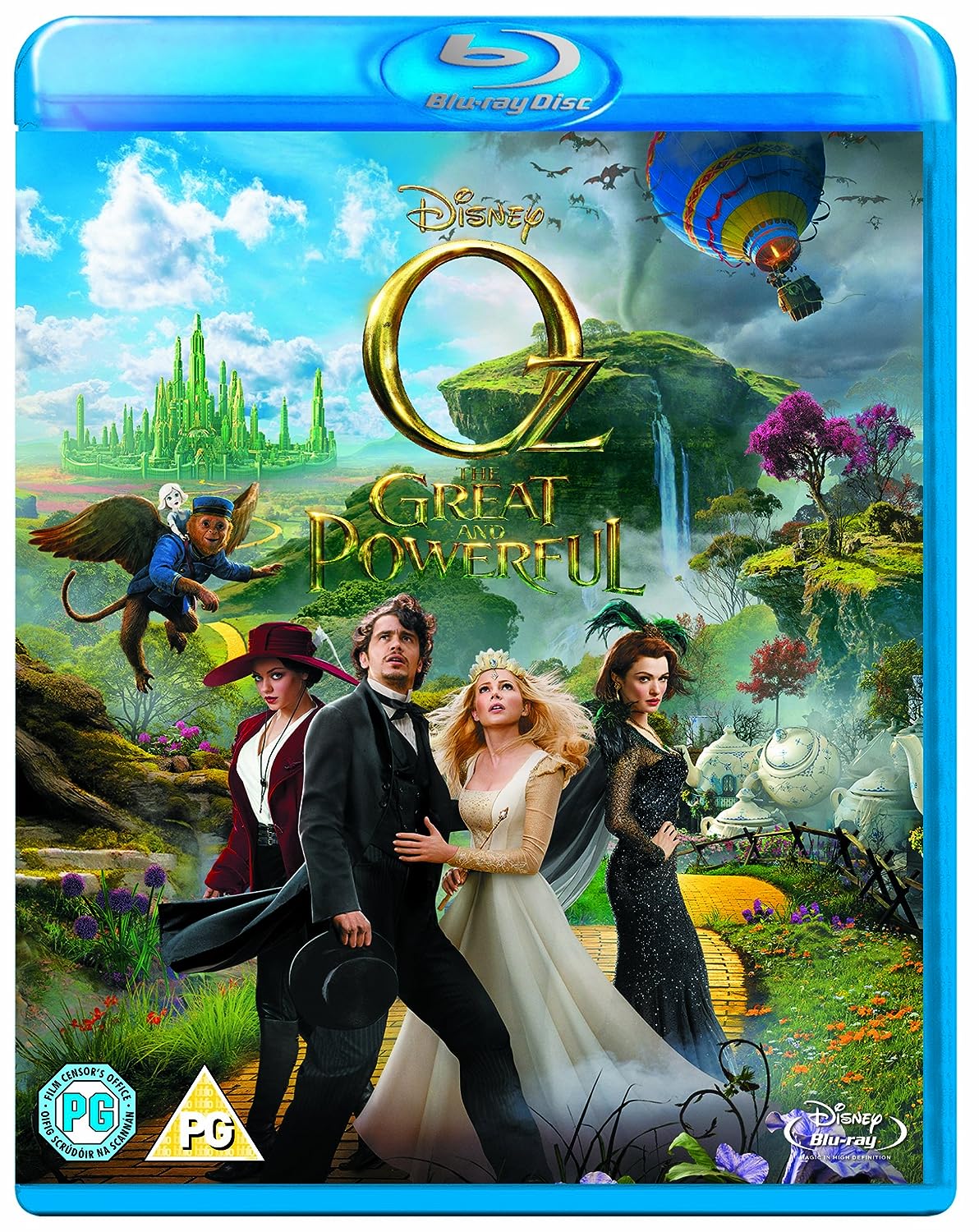 When Oscar Diggs (James Franco), a small-time circus magician with dubious ethics, is hurled away from dusty Kansas to the vibrant Land of Oz, he thinks he's hit the jackpot-fame and fortune are his for the taking-that is until he meets three witches, Theodora (Mila Kunis), Evanora (Rachel Weisz) and Glinda (Michelle Williams), who are not convinced he is the great wizard everyone's been expecting. Reluctantly drawn into the epic problems facing the Land of Oz and its inhabitants, Oscar must find out who is good and who is evil before it is too late. Putting his magical arts to use through illusion, ingenuity-and even a bit of wizardry-Oscar transforms himself not only into the great wizard but into a better man as well.
Oz the Great and Powerful is available from Amazon