I know I'm not supposed to like this film, but I do. It's a guilty pleasure of mine. Sure it's a poor adaptation of the game, it's quite reminiscent of Doom 3, which isn't great as that was the worst of the games. The biggest problem is that it lost the core point of the game.

Still as a film it's a fun watch. Yes it's very silly, but reasonably entertaining as an action sci-fi horror. The team of marines are suitably butch, it's fast paced and has some good set pieces. Don't get me wrong, this is far from a great film, but it's entertaining enough. 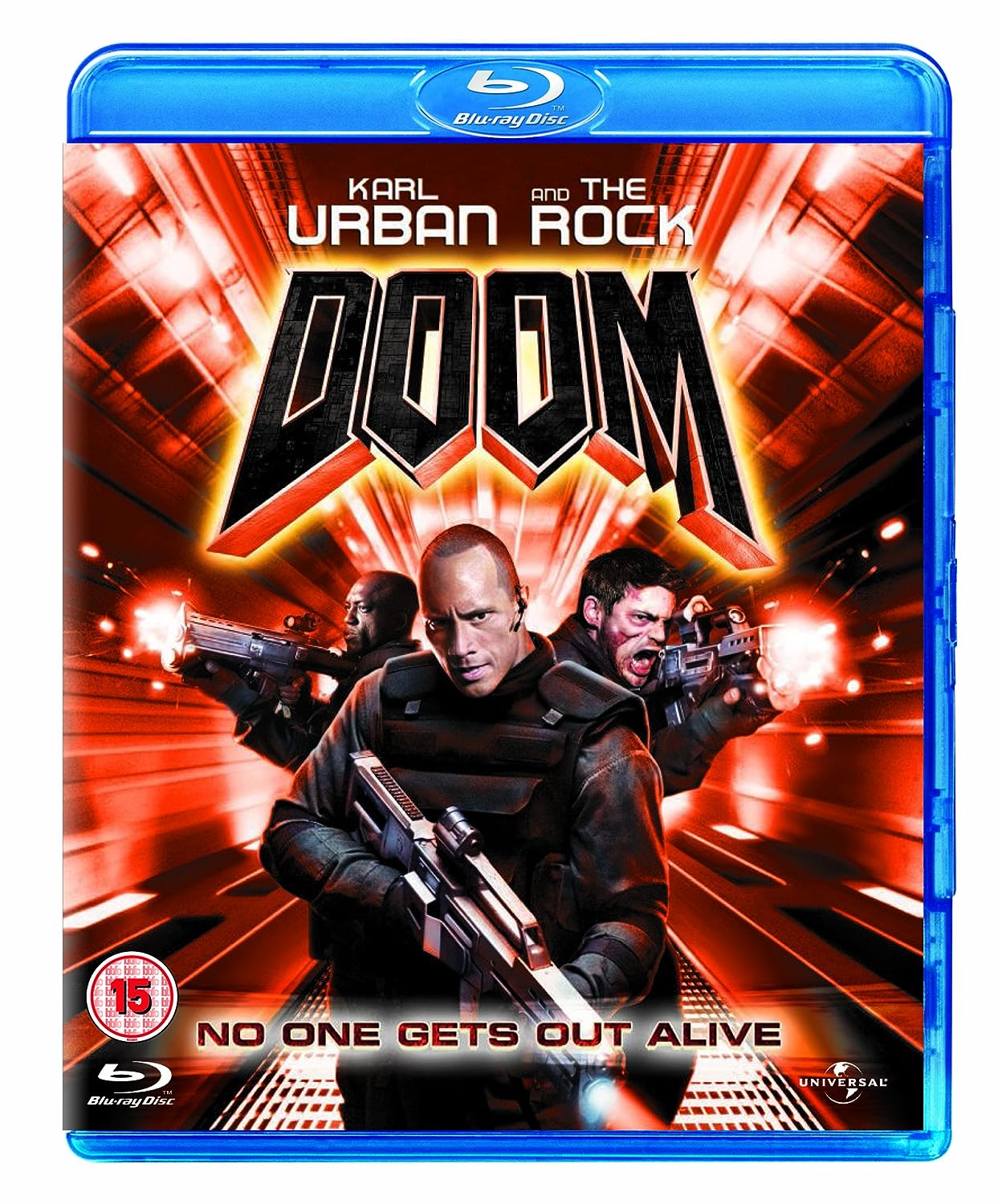 All-action sci-fi adaptation of the popular first-person shooter computer game, starring The Rock and Karl Urban. On the planet Mars, a team of scientists have set up an experimental research facility that suddenly ceases communication with no warning. A Rapid Response Tactical Squad, led by Sarge (The Rock) and Grimm (Urban), are dispatched to investigate, and make the shocking discovery that the scientists have opened a dimensional gateway to Hell itself. Against all the odds, the squad have to fight their way through the base to shut off the portal, and then kill every horrific escaped demon creature before the hordes of Hell can reach Earth.

Doom is available from Amazon

Posted by Michael Brookes at 14:29