The Monk is a French horror film. I'm not sure about the comparison to 'The Woman in Black' on the cover, yes this is a superior film, but it's also a very different film. This is a more contemplative horror film, in fact it wasn't until the film had finished that I made some of the connections.

The story concerns a monk, who as a baby was left on the doorstep of a monastery. He grows up with the monks and when he comes of age joins the order. He becomes known as a pious man whose sermons are famed for their eloquence and faith.

At its heart this  is a Faustian tale that deals with temptation in the context of religious experience. That is one of it's more interesting aspects. Most horror films have religious tones or aspects, but this deals with the experience of faith and it's consequences.

I found a few of threads of the film predicatable, but some also surprised me, although when I thought about it the signs were there to see. I like that in a film, it lets you think about what it's telling you. Overall this is an interesting and intelligent horror film, well worth watching. 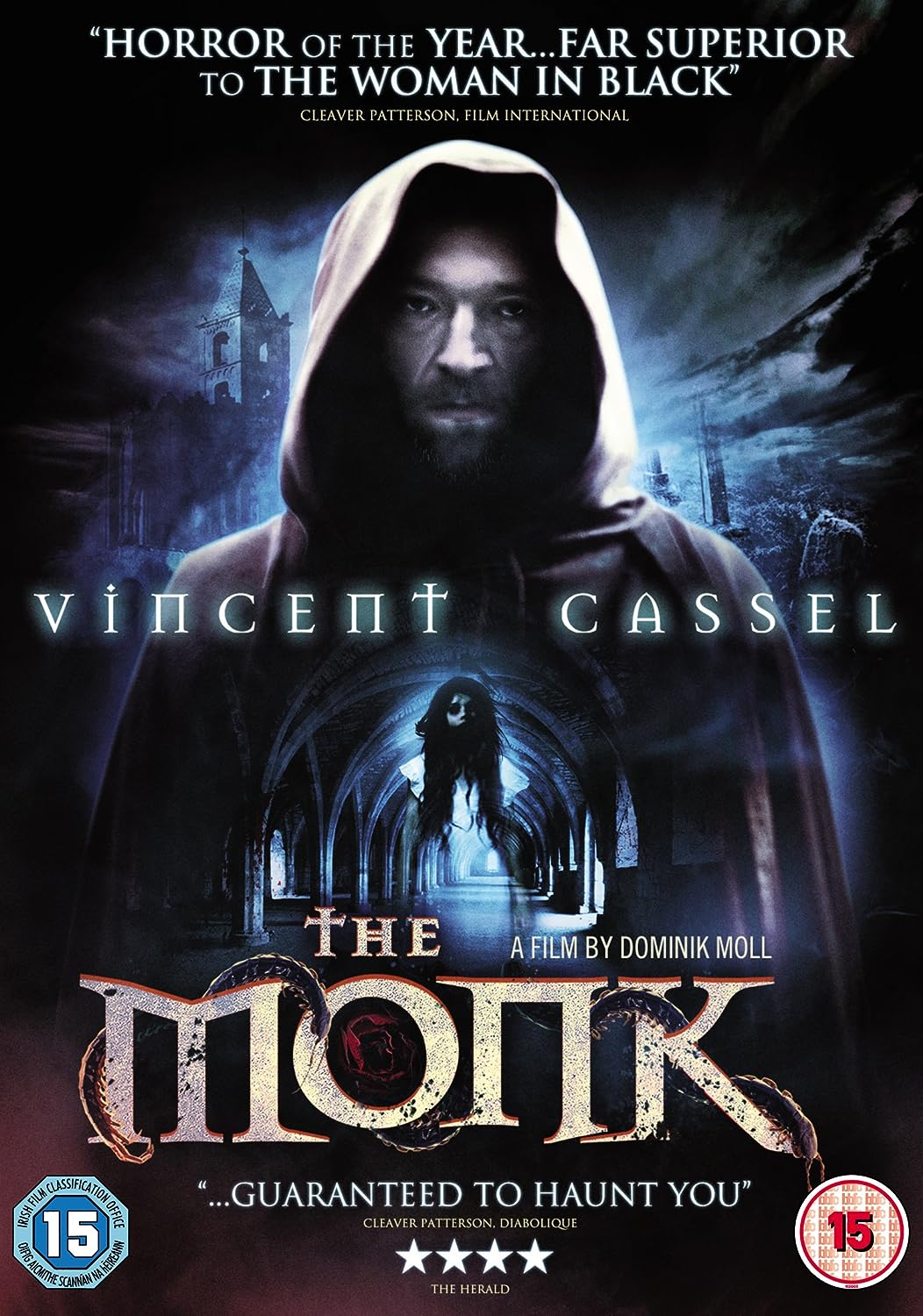 Directed by Dominik Moll (Lemming / Harry He's Here To Help), THE MONK is a sumptuous adaptation of the eponymous cult classic Gothic novel which follows the rise and fall of a Capuchin Monk in 17th century Madrid.


Abandoned as a baby on the steps of a monastery and raised in strict Capuchin fashion, Ambrosio has become the most famous preacher in the country. While large crowds from all over the country come to hear his mesmerizing sermons, he's also bitterly envied for his success by certain fellow monks.

Convinced of his virtue and righteousness, Brother Ambrosio thinks he is immune to temptation until obscure events start terrorizing the monastery. Could they be connected to the unexpected arrival of Valerio, an apprentice monk who has the miraculous gift to relieve Ambrosio's splitting headaches and hides his disfigured face under a wax mask?

The Monk is available from Amazon (and well worth watching)
Posted by Unknown at 11:14