Maniac is a slasher film starring Elijah Wood. The story itself isn't anything special, there's a killer on the loose with mummy issues collecting scalps. While it isn't anything particularly special it is told well.

Elijah Wood plays the aforementioned killer, but the film is told in the first person. I normally find this difficult to watch in films, strange as I'm fine with it in games, but here it works quite well. Of course he's played a psycho before and did it very well in Sin City and this is no exception, although it's a little more understated in this film.

The use of the mannequins works well, both as a prop for his insanity, but also for adding a level of creepiness. As a slasher film it has it's fair share of gore, but also does disturbed and creepy well. All in all a pretty decent horror flick. 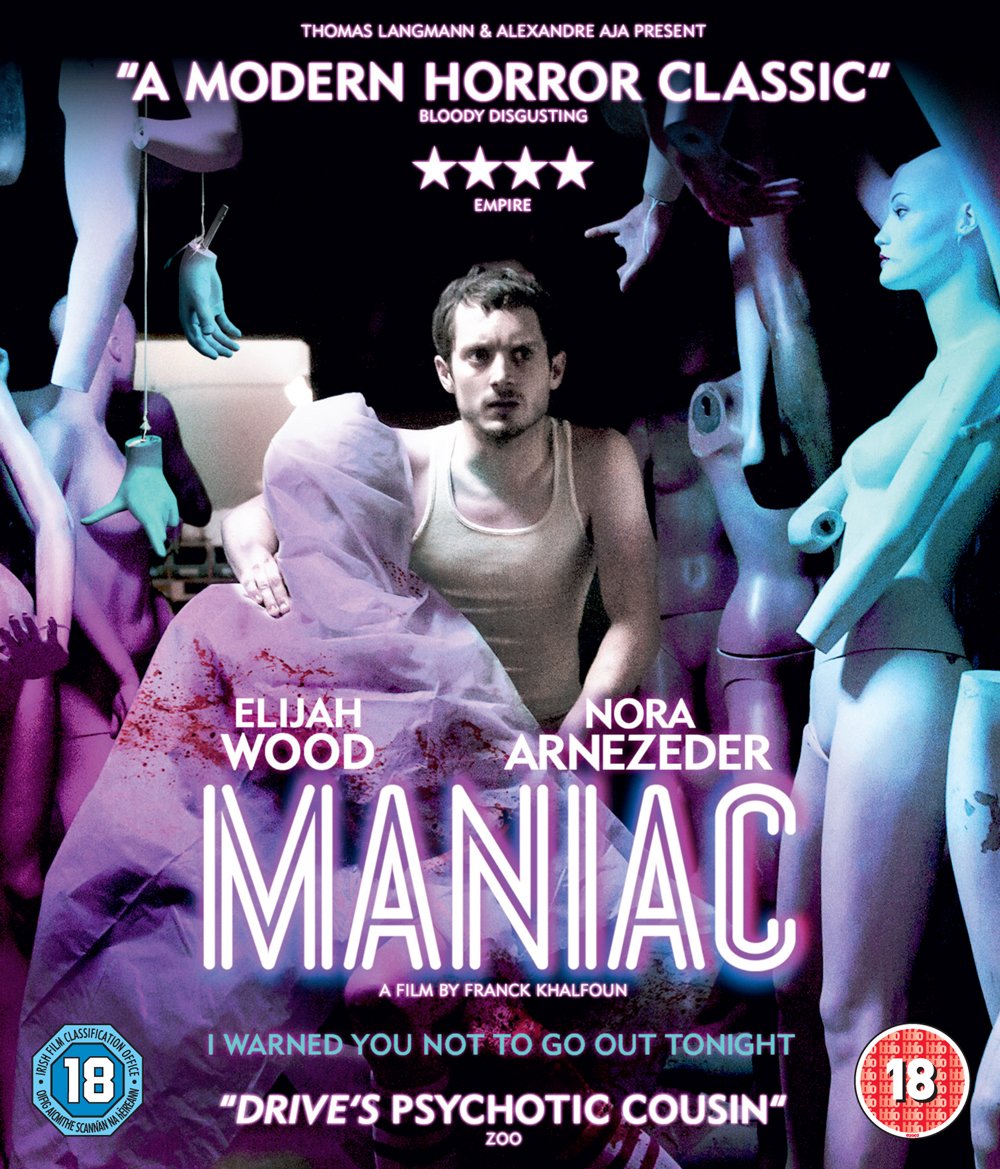 Elijah Wood stars in this remake of director William Lustig's 1980 horror classic of the same name. To say that Frank (Wood) is a troubled young man would be an understatement - as the ever-growing number of young women he has murdered since the death of his mother (America Olivo), with whom he enjoyed an unhealthily close relationship, demonstrates only too well. Frank runs a mannequin store and likes to apply the scalps of his victims to the models in his spare time. However, when beautiful young artist Anna (Nora Arnezeder) wanders into the store and talks about making use of its resources for an exhibition she is planning, she presents Frank with a troubling quandary. Anna appears to offer the possibility of a human relationship that will fill the void created by his mother's death, but she also excites his desire to kill and possess. Will Frank be able to overcome his homicidal urges?
Maniac is available from Amazon (and it's a good watch)
Posted by Michael Brookes at 20:44