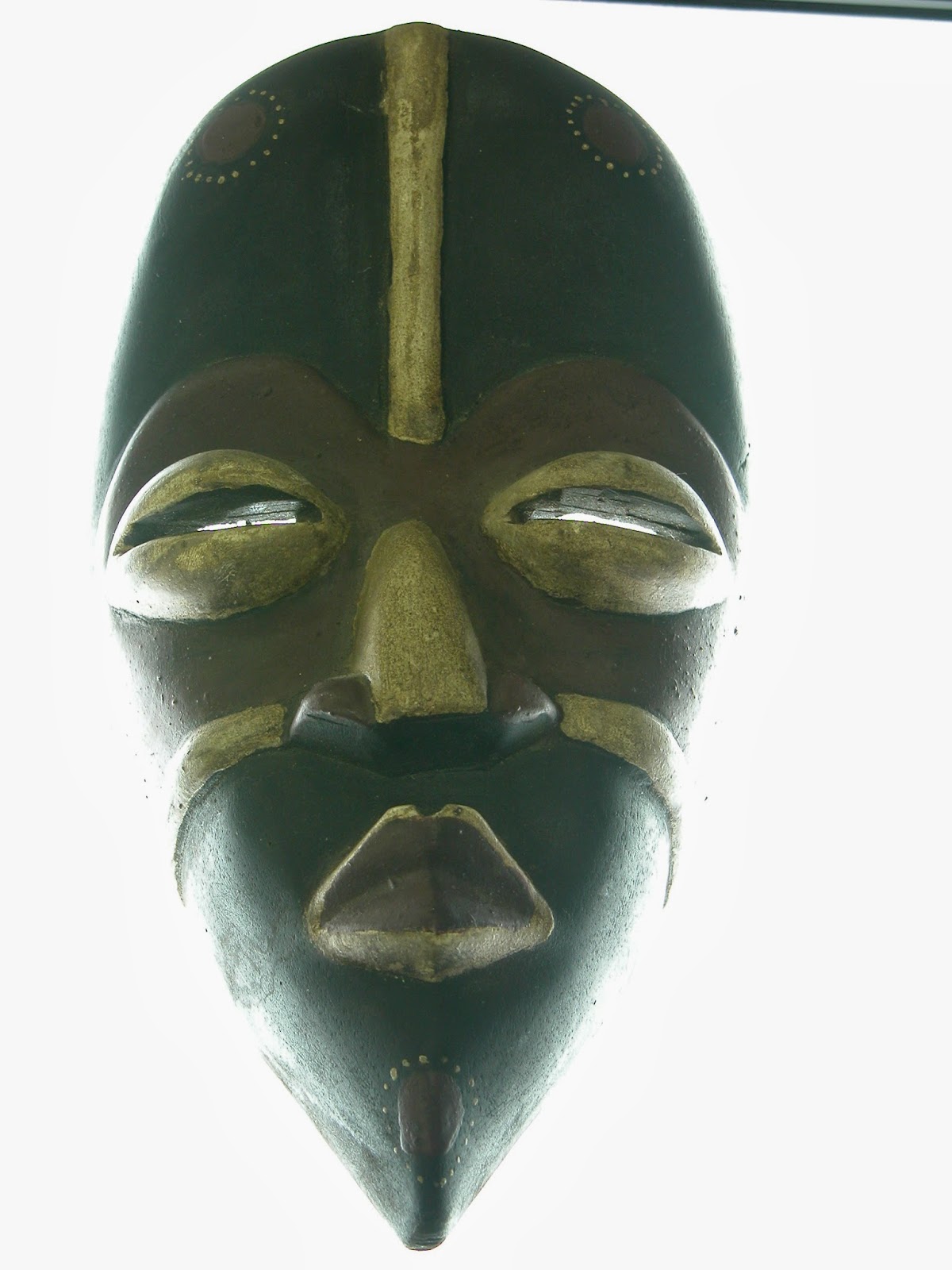 It's that fun time of the month again where I read through the short fiction contest entries, that's the easy part! The hard part is deciding which of the stories to pick as the winners. Since the first competition I've been impressed by the quality of the entries and March's contest proved no exception with 35 excellent stories to read through.

Before I announce the winners I'd like to thank everyone who entered, it's great to such a mix of familiar and new names. Thanks also to everyone who have helped spread the word by sharing posts and tweets, it's much appreciated!

April's short fiction contest has now started and you can take part here:

Bride of Quietness by Jonathan Rowe

Let me tell you, Aïcha of the Diallo, tears are salt. This is an elek I make for you. This is the funeral dance I will tread for you to the rhythms of Tiriba. It is good, is it not? It is beautiful.

I hold your face before me as I work. My knife makes its subtle way across the wood. Your eyes are like almonds and my eyes shall look through them, as once they looked back at me in yours.

A face emerges from the senseless wood. Your chin is thin, narrowing to the sweetest point where I once held it between thumb and forefinger. It shall jut forward, fiercely, as you did when you taunted me. Clumsy, you called me. That was just, but you have instructed me better. My touch has learned delicacy under your tuition. I learned to hold you tightly, but laid no mark on your shining skin.

The face will be lacquered. Yes, it shall shine. The men of the simu will say it is tears of grief that shine there, but I only will know. It is a son, you told me and wept. It was to be a son.

Let me tell you, Aïcha, I will not work while you disturb me so. You must be quiet, spirit. You must languish in the prison of memory. You must not dance, for then the earth will shake and I may not stand.
My knife returns to you and no longer shakes. Your lips will be parted. They parted for me. First they parted in rebuke when the glazed pot shattered and the water spilled on the hem of your skirt, then in laughter. Aïcha of the Diallo, where did you learn to laugh? Why did the world stop to listen? The shrieking baboons were stilled and the blue-headed doves ceased their cooing. These lips part again under my knife. Each thrust of it makes them wider. How you gasped with delight. What music you made of my name. It is good, is it not? It is beautiful.

You were scarred, Aïcha of the Diallo. The wood must bear it too, submitting to my knife patiently and bravely. The scars of womanhood crossed your breasts and brow and cheeks and each scored line is a pilgrimage taken by fingertips. To touch the scars of Aïcha of the Diallo, that was no little thing. A man might trace those journeys and be well-pleased. I have touched them. It was good, was it not? It was beautiful.

The elek is complete. The men of the simu are ready. The drums begin. They play the rhythm of your kin. Your face will press once more against mine, Aïcha, as I tread the funeral steps. My eyes will look through yours, my almost-wife, my son's almost-mother. For you I will behold the sunset and the night and the interminable dawn.

It is good, is it not? It is beautiful.

Forever Yours by Lisa Dee

My grandfather had kept it above the mantelpiece in a place of honour, I remembered as I pulled it out of the mouldy old cereal box my father had kept it in.  It wasn’t a particularly scary looking mask, although the slitted, vacant eyes were unnerving and I thought for a moment I saw a glimpse of something in the recesses of those slits.

Grandpa had treated it reverently.  Candles had been placed on either side of it and lit every night.  Dust had never been allowed to accumulate.  Although I remember hearing my grandmother oft recite “there’s no fool like an old fool” under her breath, she always followed my grandfather’s instructions regarding the mask.

The family legend is that he acquired it after a safari in the Congo.  He’d managed to upset a local tribe by hunting during their sacred time.  He claimed he was in for a lifetime of bad mojo because he was declared a demon by the witchdoctor of the offended tribe.  The bad luck started immediately when he developed nasty, putrefying buboes under his armpits and a wicked fever. Luckily, he was able to stagger to the witch doctor of a neighbouring tribe and acquired the mask.  Very soon his buboes disappeared and he went on to live fifty more healthy years.

My grandfather sternly laid it down to my father that he must never get rid of the mask.  My father, because he was cast from the same die as my grandmother, resentfully consented.  So here it still was.

I pulled the mask out fully and I took a soft cloth, dipped in melted beeswax of the purest grade I could find.  I wiped it carefully and I saw how dry and cracked the wood had become in the heat of the attic where it had been stored.

The glint was there again in the eyes, but I knew it must only be the reflection of the bare lightbulb swinging above me.  I carried it carefully downstairs to a clear spot above the mantelpiece I had prepared beforehand.

I sat it against the nail and took my hands carefully and slowly away.  It was slightly crooked and with one white gloved hand I gently straightened it.  Reflexively, I bowed towards it a little, while avoiding looking into those bottomless eyes.

I lit two pure beeswax candles on either side of the mask.  They were in red votive holders, as red as an African sunset.  Those candles were expensive and hard to source, and I’d need two every night.  All the same, they were cheap at twice the price.

My father, after many years of high blood pressure, asthma, night terrors, paranoia, multiple marriages, bankruptcies, and the undiagnosable illness that eventually took his life, had taught me something.  He taught me, on the day of his funeral, that there are some things greater in heaven and earth than we can imagine.  He taught me to be afraid…

I am Africa by Star A Prufock

I once roamed the Serengeti barefooted, my ebon skin clad in the red garments of the Maasai. I prayed to Ngai; I prayed for the health of my wife and my son—my son whose teeth gleamed like the tusks of an elephant’s under the African moon.

Before me, there are strange people. They wear curious garments as they hold peculiar toys which they speak into with their foreign tongues, or touch with their fingers all in a fury. They stand around the spectacle that I am: gawking and discussing each detail of my face, of my history, of my worth. They know not my true face, history, or worth. I have a face without a body. I have a face that is unreal. This face and I are affixed to a white wall in a room. Beyond us are corridors which travel through the annals of time. Through these corridors there are more walls, more rooms and glass cases and objects which fill them. These objects are nothing like us; these objects do not harbour the soul of a man.

For three-hundred years I have known this mask. Ngai, I pray you have cursed the Laiboni who conjured the breath from my body and confined my soul to this black-gold visage!

And now before us, is a window. It is my soul which peers out into part of this new world because the mask, cannot. Countless more people walk past, bright lights and colors shine back at us as though they were heaven’s stars, metal things fly past along the roads and grey buildings abound.

My soul is limited within this sculpted, painted confinement; it remembers no more than of my existence last lived. It knows nothing beyond this face, these chambers, that window’s view.

What had I done for this to have been the fate which met me, you ask? Murderer that I am, I wrung the blood from the Laiboni! I wrung the blood from him as a cheetah would a gazelle. It was in his death that he did this to me, in his power as a shaman; it was in his vengeance. At night when all falls silent and darkness looms, I imagine the ghosts of he, my wife and son have come to haunt me, to laugh at my soul trapped within this hellish relic.