I wanted to enjoy this, Arnie and Stallone together should have been a lot of fun to watch. The premise is ok, Stallone is an expert in breaking out of prisons, the intro which establishes the character is actually pretty good. From there he's tasked with breaking out of a secret prison. He then teams up with Arnie who's another prisoner and things go down hill from there, both for sly and the film.

That's not to say that it's completely terrible, it has it's moments. The interaction between the two leads is moderately amusing and the prison governor is good, although he's much better in Person of Interest. The prison set up is also well done. I guess that's the biggest disappointment, the components are there but it doesn't push to make anything with them. It drags on for a while and the ending is a bit predictable.

Vinnie Jones continues with his everlasting role as a thug, although he doesn't look quite as menacing in tight black armour. Still, all in all it manages to be ok, I was mildly entertained, but it could have been a hell of a lot better. 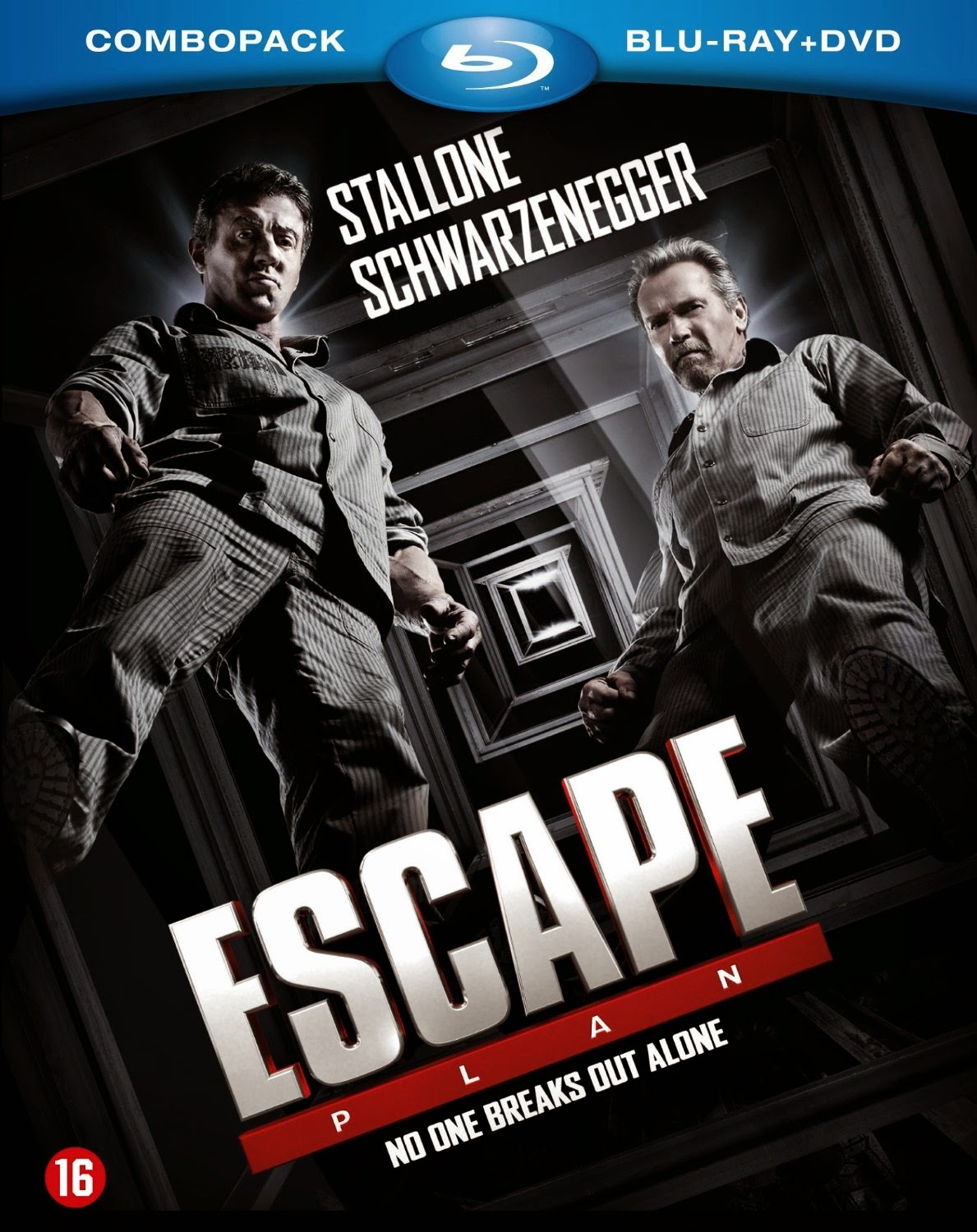 Prison-break action film starring Sylvester Stallone and Arnold Schwarzenegger. Structural security specialist Ray Breslin (Stallone) is paid to enter high security prisons and escape while highlighting weaknesses in their apparently escape-proof systems. But when he is framed and incarcerated in a prison of his own design which is run by the relentless Warden Hobbes (Jim Caviezel), he has to put his incomparable skills to the ultimate test. However, in order to escape this particular prison he'll need the help of another insider. Luckily he meets fellow prisoner and old-timer Swan Rottmayer (Schwarzenegger) who agrees to help Ray in his escape, but only if Ray agrees to free him while doing so...

Click here to purchase Escape Plan from Amazon (it's not terrible)
Posted by Michael Brookes at 20:44