I'm not quite sure where to start with this book, it has managed a few firsts that I haven't encountered before. It's the first book to change name while being on my TBR list, the first book to no longer be available on Amazon in the same and more importantly managed to inspire a feeling that I've never encountered with a book before.

That feeling is a simple one, sometimes when you watch a film (quite often made for the SyFy channel) where you watch a film that is so bad this is awesome, well I had a bit of that while reading this book. Let's start with the awesome bit.

I loved the idea of it (that's why I grabbed it despite the few low reviews for it) and the opening chapters are pretty good. Anyone who is familiar with Paradise Lost or the Bible (especially the Old Testament) will appreciate the God can come across as more than a little vindictive, well this book takes that idea and no so much runs with it as engage warp speed. After Maria (Mary) is murdered in Heaven by Lucifer God basically loses it and decides to destroy everything. Now he doesn't just unmake everything and start again as you would imagine, no he transforms into 13 foot undead God and proceeds to lay waste to Heaven, Hell and then Earth.

So far so good, the book then develops a World War Z feel as God creates an undead plague across the world and with great satisfaction begins the destruction of the human race.

Unfortunately the concept is better than the execution, it most places (especially the sex scenes) it reads more like a wish fulfillment fantasy than a story. The dialogue also stands out as being pinched from the Warlord and Commando comics I read as a kid. The Syrian pilots are a great example of this as they engage the American Pig Dogs. While the basic premise is a bit bonkers I was happy to run with it, but when the hero gives his girlfriend a sniper rifle and she immediately gets how to use it I had to chuckle.

The book also feels a bit rushed, considering the scope of events there is a lot more story here than is told in the book, now ordinarily that's a negative point, but in this case it did mean that I read it though to the end rather than giving up on it.

And so we reach the point of assigning a score, it's a tricky one as I was actually entertained by it, although in many ways it is terrible. So I'll cut the cow in half and give it three stars, it's fun to read, but turn your brain off while you do so. 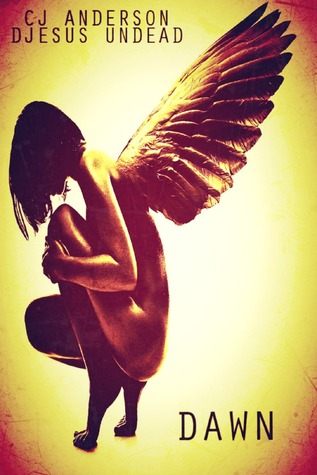 Angels, Demons, Sex & Violence. Experience a creative and direct sequel to the Bible written by a former devoted Christian awakened to the sobering reality of atheism. In the year 2020 AD, a horrific death within the City of God will cause the fall of Heaven and the end of all life on Earth. These are the last days of the human and angelic races. Contains crude indecent language, explicit sexual activity, and graphic violence.

Note that I can't find this on Amazon anymore, so here's the Goodreads link:

Posted by Michael Brookes at 13:26