An odd one this, I remember watching it after it came out and being quite impressed. I haven't watched it since then and it's now out on blu-ray I thought I'd re-watch it. It wasn't as good as I remembered it, although in fairness for its time it stood out. The story is so simple it's barely non-existent, the film tells of Henry, a man who kills people in varying ways. These days that would mean an exercise in blood and gore, here we start with a series of tableau. It's tame by modern standards, but it still gets the point across.

In the early part of the film I had the sense that things weren't quite what they seemed, in a similar way the end of American Pyscho does. That is dispelled once we meet the brother and sister and they bring a bit of interest to the film. Story wise it's all very simple, but the performances help carry it, especially Henry's. Watching him does make me think of a man who has murder on his mind.

The film's other strength is that it has a bleak and ugly feel to it, it lacks the glamour that many serial killer films feel the need to include to shine things up. It's not all good though, as I've already said the story lacks any real interest and the music has dated badly. The theme tune is ok, but the synths when there's killing on screen haven't aged well.

It was a significant film for its time, but it's hasn't aged well, still it remains a decent watch. 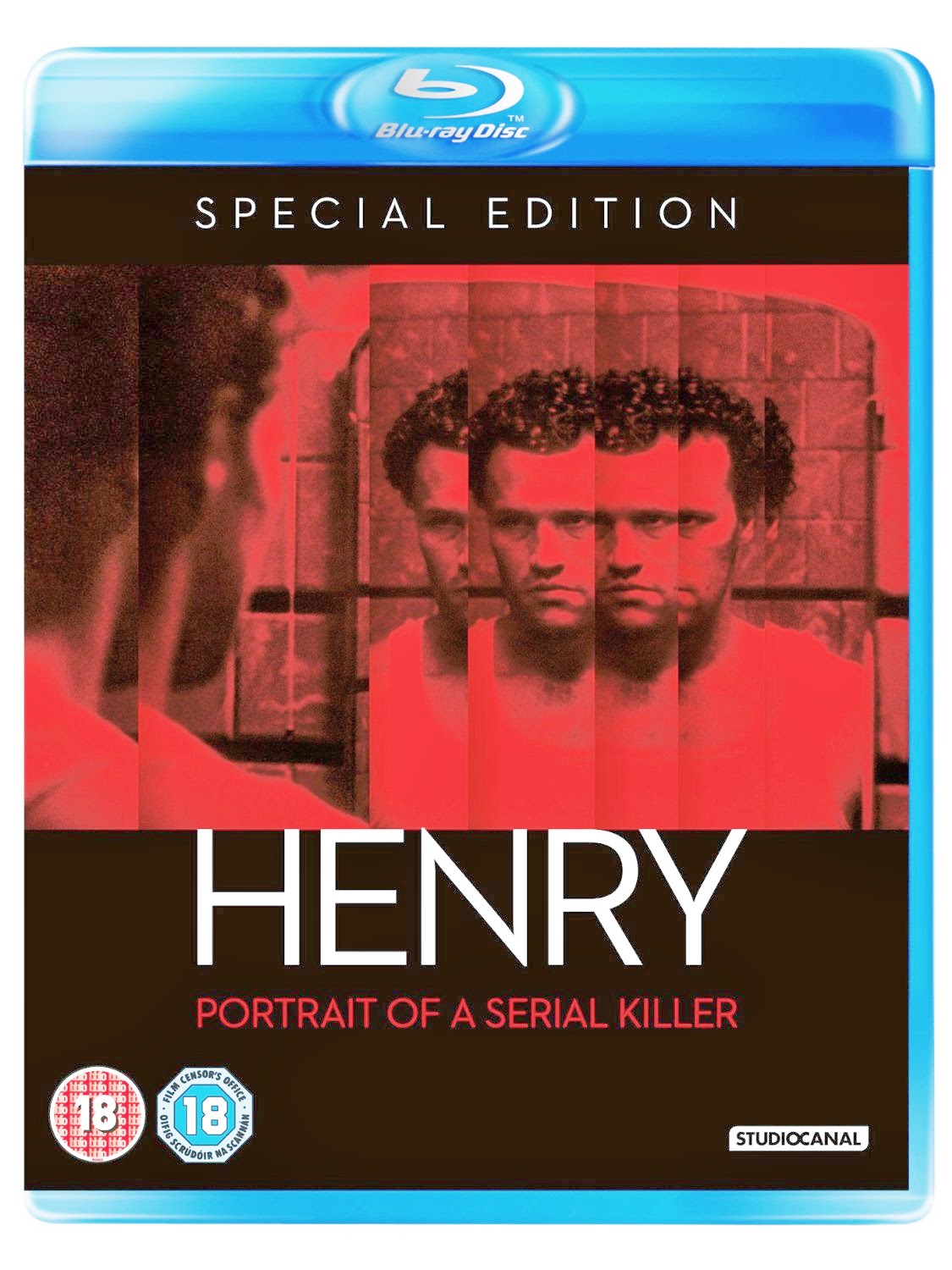 Based on the horrifying true story of convicted mass-murderer Henry Lee Lucas (portrayed a magnetic Michael Rooker), John McNaughton’s Henry: Portrait Of A Serial Killer is one of the most remarkable films in the serial killer genre. Impressively building to a disquieting and horrific climax, the film provides a sobering and nightmarish glimpse into a deranged and damaged mind. A bona-fide cult classic, it is a startling, morally complex and uncompromising work of genuine daring and vision.

Click here to purchase Henry Portrait of a Serial Killer from Amazon (it's worth a watch)
Posted by Michael Brookes at 21:16